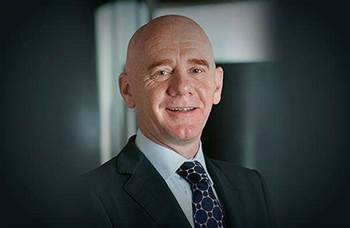 It marks a return to Europe for the Belgium native, who spent most of his career in IT in the likes of Brussels and London before joining ANZ Bank in Melbourne in 2010.

iTnews understands Maes made the decision to leave the bank earlier this year, around the same time his boss Alastair Currie announced plans to depart at the end of the year.

Currie's announcement prompted a restructure of ANZ's technology operating model to, among other things, give CIO Scott Collary a direct line into CEO Shayne Elliot.

Despite Maes' departure leaving the CTO role vacant, ANZ Bank has decided not to directly replace the position, instead dispersing its functions throughout its executive team.

It is understood the bulk of Maes' role has gone to Collary, with other functions handed out to the likes of digital executive Steve Spangher.

A further shake-up of the executive team could, however, occur following the appointment of Currie's replacement as chief operating officer, expected late this year or early next.

Maes' tenure at ANZ is characterised by his introduction of artificial intelligence and cognitive computing technologies to the bank. The executive holds a master's degree in both fields.

He pioneered the implementation of IBM's Watson tool at ANZ, making it one of the early adopters in the country.

ANZ's use of cognitive computing has since been expanded globally into other areas of the bank.

Darren Abbruzzese, ANZ's general manager of data, will take over responsibility for much of the bank's AI and cognitive computing work in Maes' absence.