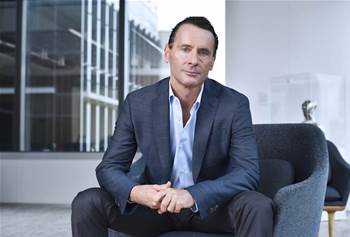 But now it’s how applications serve staff that’s under the spotlight.

Westpac has become the latest institution to confirm it has survived an epic remote working migration, scaling what was once a remote workforce of just 1,000 employees to over 22,000 in just two weeks using proactive individual end user support software.

Australia’s oldest bank confirmed to iTnews this week that the work from home exodus, substantially enabled by the adoption of Microsoft 365, is also using performance management software that surfaces user experience issues to its IT shop before the need to raise tickets.

For anyone on who’s ever been on the end of a ropey VPN, the idea of automatic support tickets and early intervention to check developing issues and stop service degradation is a bit of a dream come true, especially when dealing with multiple applications and the bandwidth hog of video.

Multiply support needs out by a factor of 22 and its not hard to see why group enterprise technology teams are looking for something that will cut through the noise and give you a heads-up display of problems coming down the pipe before they hit a Kanban board.

Just a few months ago that rapid support scalability would have been a nice-to-have, but today it’s make or break with businesses who eschewed remote and mobile working now paying price.

“We have deployed a monitoring tool (Aternity) to provide a view of the end user experience, allowing our Group Technology team to monitor how applications perform for employees working from home, in branches, contact centres and corporate offices,” a Westpac spokesperson told iTnews.

“This tool allows us to isolate the causes of delays to the network, device or application and diagnose and resolve user-impacting issues.”

Or, to put it more bluntly it can monitor, manage and score remote app and network performance to stop nasty flubs before they bite, a neat pro-productivity flipside to the usual tired Dickension spiel of vendors flogging wares to allegedly monitor employee productivity.

It’s true, software probably can measure employee use of applications and networks, but what’s nice about Westpac’s approach is that the software is working for the employees, rather that employees being held captive by legacy software, as billion-dollar regulatory run-ins exemplify.

Aternity, a division of Riverbed, describes itself as an enterprise grade digital experience management company is also shaping up to be one of a number of niche plays that could pay handsomely for hybrid cloud users.

That’s especially the case for bigger banks where there is still enough scale and demand for internally spun applications, even if they are based on commodity off the shelf kit like Dell and established industry platforms like Oracle, both of which Westpac is known to use.

With Westpac’s financial results just around the corner, the bank isn’t saying a whole lot more on its broader IT transformation progress under relatively recently appointed chief information officer Craig Bright (pictured), but it’s fair to say the expat returnee has had a baptism of fire.

One of the bank’s biggest customer headaches, the long-runway to turn on Apple Pay, has also finally been put to rest – with eftpos built in, giving it some domestic support bragging rights over rival CBA.

With all banks now having to put their COVID-19 creds and battle plans on display on show for investors, Westpac and Bright could have decent story to tell next week, even if provisions for regulatory run-ins and a souring credit market will dominate the headlines.