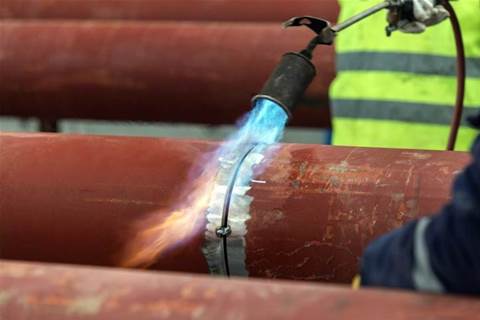 Australia’s Big Four banks may have paused payment terminal rental fees for businesses shuttered by COVID-19, but a fresh battle has broken out over how regular digital transactions are routinely force-trunked via more expensive rails.

Local stalwart eftpos has revealed it has started pushing banks and regulators to quickly open-up access to billions of dollars a year in card-on-file transactions, so that businesses can get a choice over whether they pay higher or lower fees based on how digital payments are routed.

It’s an incremental manoeuvre, but big battles are sometimes won in small steps.

If successful, the move would allow merchants who accept so called card-on-file payments – most commonly used for recurring transactions like bills, subscriptions and memberships – to pull money from debit card accounts without having to run over Mastercard’s or Visa’s higher cost rails.

“eftpos and its members have already made systems changes to enable eftpos online digital transactions which could lead to lower costs and enhanced payments competition for the benefit of merchants and consumers,” a submission from eftpos lodged with the Senate’s ongoing Select Committee on Financial Technology and Regulatory Technology last week said.

“With Government support, we now want to work with major banks to turn on this service more broadly, starting with low risk card-on-file transactions.”

The big question is whether banks – who are now throwing the kitchen sink at rehabilitating their public image to be seen as compassionate and caring corporate citizens after the bruising Royal Commission and successive AUSTRAC scandals – are prepared to play ball with eftpos.

In many ways it’s an unseen battle, especially as consumers wouldn’t notice much, if any, difference should a card-on-file payment switch to lower cost rails.

But merchants and the broader Fintech community certainly would, because such a move would broaden access to lower cost and real time payments infrastructure that was first rolled out in the 1980s.

The optics of smaller-scale business banking used to count for little in big bank marketing campaigns; today they verge on economic life or death. And as usual the complexity of payments

On one side, consumers are fed up with paying credit card interest rates of between 15 percent to more than 20 percent at a time when secured lending rates are nudging zero and buy-now pay-later are offering far more compelling deals.

On the other side, merchants on increasingly thin margins are desperate to rein in expenses anywhere they can, with the cost of accepting payments always in the cross-hairs.

Merchants have been fighting for years for greater levels of regulatory intervention to keep a lid on transaction fee gouging, including allowing merchants to dictate what rails their payments run on – rather than the banks that derive handsome revenue from routing transactions through global schemes.

What’s also not clear is to what degree, if any, the major international card schemes are taking their own hit on volume fee revenue as local banks feel the pinch as spending and sentiment craters amid the lockdown.

As spending continues to shift from credit to debit, a real policy question opens as to why domestic infrastructure initially developed by Australian banks and retailers continues to be sidelined in favour of institutions continuing to slug business customers with more expensive imports.

It’s a fair question too, and one that will not simply disappear, even if the RBA has briefly paused its probe of payments systems regulation.