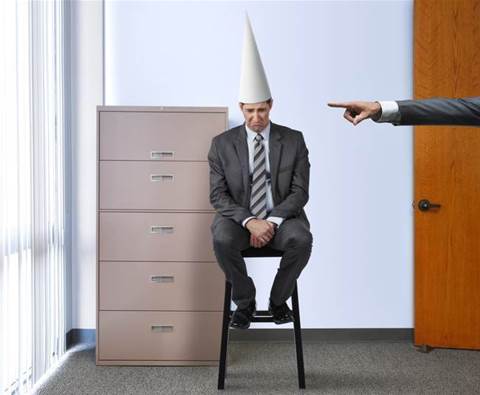 Banks suffering outages that hit customers and merchants will no longer be able to hide behind tricky weasel words, massaged statistics and dodgy definitions from next year.

Speaking at the AusPayNet Summit in Sydney on Tuesday, Dr Lowe said the RBA was “very keen to see [outage data] published at the individual institutional level."

His comments came after earlier iTnews reports that a name and shame crackdown was on the cards.

“It’s important for public transparency and confidence in the system,” Dr Lowe said of the measure.

The central bank chief said the RBA was now going through the data to determine how it could “provide data that's most meaningful to people.”

A key question is how banks classify outages, especially what rates as a so-called 'severity one' incident.

At the moment, banks set their own rules in terms of how incidents are reported or categorised.

But that will change under the RBA's new regime, with the central bank making the call.

“We're still working through that with the industry. But over the course of the next six months, we have to finalise that … it's really important that people have confidence in the electronic payment system,” Dr Lowe said.

“We've seen examples through the course of this year where businesses are not able to sell their goods and services because the electronic payment system went down and people didn't have enough cash in their wallet.

“It's really important to a modern economy that the electronic payment systems working well."

It is understood banks have been deeply resistant of the push to publish regular statistics on their payment systems and online uptime, especially as official data could open the door to compensation claims from merchants.

A known grizzle is that outages that hit banks and payment services have at times originated from infrastructure failures at service providers, such as the Telstra hosted COIN switch.

However those arguments appear to have had little impact on the RBA which has repeatedly warned uptime must improve because the economy is now reliant on digital and electronic payments platforms.

Dr Lowe noted banks were not altogether pleased at the idea of having their accidents paraded in public, but that sunlight was important as was relative performance or underperformance.

"It is fair to say not all institutions were enamoured by the idea, but we think it is important for public confidence and transparency in the system and hopefully it will allow institutions to benchmark themselves against other institutions," Dr Lowe said.