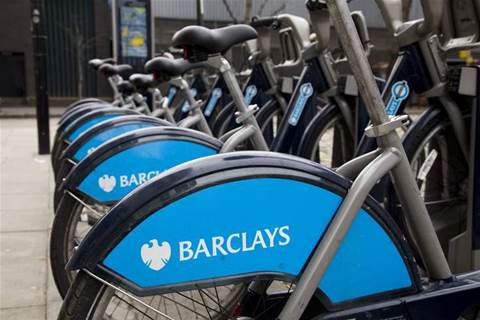 Battle-weary bank Westpac has fallen prey to an international swoop on its top tech talent, with group chief information officer Craig Bright now confirmed to be heading to UK financial services juggernaut Barclays, with the Sydney institution now battening down for further raids.

As foreshadowed by iTnews, Bright confirmed via social media overnight that he will become Barclay’s group chief information officer, essentially a like for like swap of roles with Australia’s oldest bank where morale has been wounded and top ranks depleted amid the AUSTRAC regulatory scandal.

“Today was a day of mixed emotions,” Bright wrote on LinkedIn.

“I am immensely proud to be a part of Westpac Group and the exceptional progress we have made as a GroupTech team. I am excited by the opportunity ahead of me to re-join a company and a team I have long respected.”

The Barclay’s raid would not have been a complete surprise to Westpac, with the UK institution having a track record of cherry picking local tech leaders to take advantage of substantial salary and incentive differences.

In 2014 the Commonwealth Bank of Australia was left stunned when it lost its highly respected group chief of technology and operations, Michael Harte to Barclays, with many believing the revered change agent would start his own technology company.

Persistently upstaged by the CBA’s conspicuous capacity to adroitly execute technology modernisation across what had been a massive legacy platform – Harte was hired by reformed Assembler coder Sir Ralph Norris to put in a new real-time core banking system which he delivered – Westpac pounced on Harte’s right-hand man Dave Curran.

The issue Westpac now faces is that with Bright leaving, rival local banks, as well as overseas institutions are likely to come hunting for the team he assembled at a time when the bank will find it difficult to manage the optics of putting sufficiently enticing incentives on the table.

There is also the small matter of a major technology overhaul and questions over how Westpac's new core for so-called banking-as-a-service will progress.

While banking usually offers competitive compensation packages that include group, business unit and project based incentives and rewards, almost all banks in Australia are now sacrificing executive compensation as a conspicuous act of public contrition to atone for their regulatory sins.

ANZ, so far, is the only bank to escape the regulatory whip.

At the same time, arguably less digitally integrated UK and European banks that are now rapidly modernising are known to offer remuneration packages that are more than 50 per cent higher comparable than Australian packages, often with better tax breaks.

That, coupled with a lower Australian dollar, is likely to fuel defections to overseas institutions and the tech industry generally

Bright is not the first Australian bank tech chief to pack his bags for a better gig in old blighty.

The real question now is how many more people like him are also making post-pandemic plans  to sit out Australia’s winter of regulatory discontent.