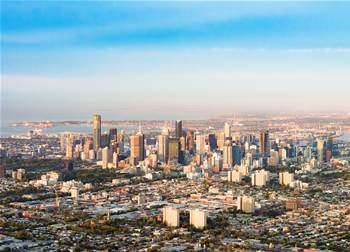 The Victorian government has set aside $35 million to build a statewide spatial digital twin to inform planning decisions and investment.

Planning minister Richard Wynne announced $35.2 million in funding for the digital replica of the southern state on Monday, with the platform to become widely accessible from late 2021.

Digital Twin Victoria, the three-dimensional data over time (aka 4D) model, will centralise spatial data in order to visualise the built and natural environments, including utilities and farmland.

The platform will be used to “transform planning and unlock efficiencies from the start to finish of infrastructure projects”, as well as to monitor real-time feed data such as renewable energy capacity.

In doing so, government and industry will be able to “model different project scenarios, test the feasibility of proposals, troubleshoot potential issues and share complex information across sectors”.

Digital Twin Victoria will build on the digital twin created by Land Use Victoria and the University of Melbourne for the Fishermans Bend renewal project in 2019.

The government has partnered with the CSIRO to develop the online platform that will host the digital twin using TerriaJS technology developed by Data61.

The open source software is also used to support the NSW Digital Twin, which debuted in February 2020 and focuses on eight local government areas in Western Sydney.

The NSW government is now planning to extend its digital twin across the state after an inquiry into the catastrophic Black Summer bushfires recommended the government “accelerate” the build.

He said that once the platform is established, the digital twin will be able to collect and absorb real-time data to support planning deduction and share important information with communities.

The government said the platform will be widely accessible by late 2021, though adding a full suite of spatial datasets to the platform is expected to be more gradual.

According to a video published on Monday, the government plans to build “the most comprehensive collection of rich 3D spatial data ever assembled for Victoria”.

“With the convergence of big data and advanced technology, Digital Twin Victoria will enable us to do in minutes and days things that used to take weeks, months and even years,” Wynne added.