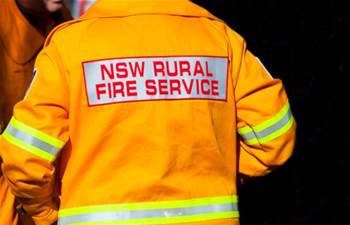 The NSW government has pledged to establish a spatial technology acceleration program to provide firefighters with a real-time assessment of the risk posed by particular fire conditions.

It is just one of 76 recommendations in NSW’s independent inquiry into the catastrophic Black Summer bushfires that Premier Gladys Berejiklian has agreed to adopt in principle.

The report [pdf], released on Tuesday, said that while remote sensing technology is already used, it could have been availed more extensively to inform decision making.

“We need to push our technological and research capabilities much harder so that we can make massive improvements in fire and fire risk interpretation and response,” the report said.

“Remote sensing technology was used before and during the fires but was not used as extensively as it could have been given technological advances.

“It is now timely for NSW, which has a long history in this field, to establish a spatial technology acceleration program.”

Such a program would improve ignition detection and “monitor accurately all fire edge intensity and progression automatically across the state in real-time”, the report said.

It would allow the state to maximise “information from the various remote sensing technologies” currently in the field, as well as plan for new remote sensing systems.

When combined with data from other sources, sensory and spatial data could be used at various stages of fire management decision making, including to inform the response, the report said.

The report has also recommended that the government “accelerate the building of the State Digital Twin and associated Digital Workbench”, which went live earlier this year.

It has similarly urged the government to have a “single whole-of-government procurement and acquisition program for imagery and LiDAR”.

Dispatch not up to scratch

The report also urged the NSW Rural Fire Service to implement a new dispatch system that connects with the Inter-cad Electronic Messaging Service (ICEMS) before the 2020-21 bushfire season begins.

The report said RFS dispatch is done using calls either from the NSW RFS operations communications centre or the relevant fire control centre.

“A key weakness in the current arrangements is the lack of connectivity between FRNSW’s call and dispatch system (ESCAD) and other agency resource deployment and management systems (ICEMS),” the report states.

“The NSW RFS dispatch (as it currently stands) is time consuming and has the potential in some instances to cause a delay in responding to an incident.

“The current system can result in double handling of a call by the FRNSW Communication Centre and the NSW RFS Operations Communications Centre personnel.”

Earlier this year, the RFS announced the rollout of an integrated dispatch system that will link up with other fire agencies and other internal systems, though it is unlikely to be completed in time for the 2020-21 bushfire season.

“While the NSW RFS has described the rollout as a ‘real and pressing’ priority, there are no firm timeframes for its completion.”

The report has also recommended that FRNSW's remotely piloted aerial system (RPAS) capability be expanded after the use of drones proved successful.

This includes increasing both the number of drones and trained operators located around the state, particularly in major regional centres, in order to “improve situational awareness”.

It said these new drones would best be shared with the “NSW RFS and other NSW government agencies on a year-round basis” to provide the “best return on investment”.

FRNSW currently has 15 drones - including DJI’s Mavic 2 and Matrice 210, which both have high resolution visual cameras and infrared sensors - and 62 personnel with licences.

The report indicates that FRNSW flew 50 drone missions consisting of multiple flights during the 2019-20 bushfire season, particularly in the “recovery phase of operations”.

“FRNSW and National Parks and Wildlife Service RPAS were a valuable part of the aerial response over the course of the season, providing real time intelligence to incident command,” the report states.

“When flight conditions were unsuitable for manned aircraft (mostly due to smoke), these RPAS were sometimes deployed to ensure situational awareness was maintained.

“Thermal technology fitted to the units was able to identify hot spot coordinates and captured latitude/longitude locations; this was then forwarded to control centres to assist in the deployment of available and suitable resources.”

The government has also been asked to:

Resilience NSW has been tasked with coordinating and overseeing the implementation of the recommendations.