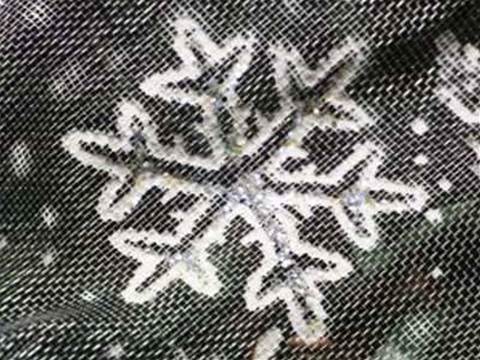 Western Australian researchers have deployed a custom-built refrigerator to investigate how quantum mechanics may be applied to future electronic devices.

The BlueFors dry dilution refrigerator was intended for experiments at extremely low temperatures, at which there would be minimal interference from environmental factors.

It had an interior temperature of less than eight thousandths of a degree above the coldest temperature possible – ‘absolute zero’, at -273 degrees Celcius.

Jointly funded by the University of Western Australia (UWA) and the Australian Research Council (ARC), the $400,000 machine was made in Finland and had $50,000 worth of rare, Helium 3 gas.

Michael Tobar, UWA node manager of the ARC’s Engineered Quantum Systems (EQuS) centre said he had requested such a machine for over a decade but funding was only granted when public awareness of applications like quantum computing grew.

“We’re interested in engineering other devices which might be useful for the future ... new areas, rather than quantum computing and cryptography and all that.”

One such device could simulate photosynthesis, he said, referring to the chemical process by which plants converted light and carbon dioxide into oxygen and useable energy.

In 2007, biophysicists from the University of California, Berkeley, reported that photosynthesis was much more efficient than man-made solar cells because electrons used a natural equivalent of the quantum Grover’s algorithm.

With collaborators from the University of California, Santa Barbara, the EQuS team also planned to build the largest quantum machine to date.

Science magazine credited Santa Barbara physicist Aaron O’Connell and his colleagues with the 2010 Breakthrough of the Year for a micrometre-scale quantum machine. Tobar hoped to extend O’Connell’s principles to a “fist-sized” machine, about 50 millimetres wide.

Speaking at the TED conference last Wednesday, O’Connell described the resonator as a “diving board-shaped chunk of metal” that could simultaneously vibrate and not vibrate, in accordance with quantum theory.

O’Connell likened the experimental conditions – a vacuum at 0.025 of a degree Celcius above absolute zero (pdf) – to an empty elevator, in which a lone passenger could behave freely.

“[We kicked] out all the other passengers,” he said.  “All alone in an elevator, the little chunk of metal is free to act however it wants.”

Tobar described quantum mechanics as a “new and untapped resource” that could be linked with engineering, chemistry and biology to yield complex, multi-component systems.

“Long-standing questions in fundamental physics will be addressed ... and sophisticated technologies will be developed for 21st century Australian industries,” he stated.