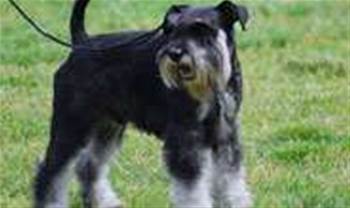 EDS's key witness during the firm's court case against BSkyB was shown to have bought his degree online – but still managed to get a worse mark than a dog.

The witness - Joe Galloway, former Managing Director for CRM Solutions at EDS – was responsible for providing BSkyB with the time period he thought it would take to install a CRM IT system. The delivery then took much longer than he had claimed.

The judge's ruling said: "That representation was false…it was made dishonestly by Joe Galloway who knew it to be false."

Of the five accusations of misrepresentation brought by BSkyB in the case, this was the only one that was upheld by the judge and effectively led to EDS losing the case.

One of the reasons the accusation was upheld was that Joe Galloway made another representation that was proven false by BSkyB's lawyers – that he had a degree from Concordia College in the US Virgin Islands.

Galloway gave detailed evidence on how he took plane journeys between the islands and attended a college there.

But while questioning Galloway in court, Mark Howard QC managed to obtain exactly the same degree as Galloway from Concordia College for his dog "Lulu" with one key difference – the dog got a higher mark.

Both Galloway and the dog received a letter from the vice-chancellor of Concordia College saying:

“Mr Galloway / Lulu demonstrated that he/she is prepared and fully equipped to add valuable apprenticeship to our institution’s activities by means of talented and profoundly investigated subject treatment."

Galloway's credibility as a witness was shredded, according to one lawyer who witnessed proceedings.

Galloway left EDS in December 2000 to form a CRM consultancy, ITIVITI. He was later employed by EDSC in the US as an IT consultant but was dismissed from that role during the course of the trial after the true nature of his degree was revealed.

Both Galloway and Lulu were unavailable for comment at the time of writing.

Got a news tip for our journalists? Share it with us anonymously here.
itweek.co.uk @ 2010 Incisive Media
Tags:
bskybbuyingcasedegreediscreditededsforininternetkeyoddwarewitness