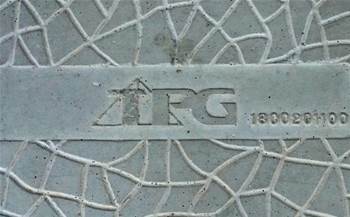 Third RSP caves in to ACCC.

TPG will compensate almost 8000 of its NBN customers after misleading them about the speeds they would be able to achieve on their broadband plans.

The telco is the third to be prompted by the ACCC to offer redress for customers for NBN speed underperformance.

Telstra in November said it would compensate 42,000 NBN customers for selling them onto plans with speeds that weren't achieveable, and Optus followed suit a month later for 8700 NBN customers.

It forms part of a crackdown by the ACCC on NBN speed marketing. Earlier this year it had threatened to haul RSPs to court over the matter.

The regulator today said TPG had sold NBN plans offering up to 100 Mbps down and 40 Mbps up, despite these speeds not being achieveable on the underlying FTTN/B infrastructure.

The plans were sold between September 2015 and June 30 this year, the ACCC said.

It said TPG had admitted it had likely contravened Australian consumer law by advertising maximum speeds that in reality were unlikely to be reached.

The telco will now offer customers the option of exiting their plan without any fees and receiving a refund of between $10 and $30 for each month of their plan, or moving to a lower speed tier plan, also with a refund.

The ACCC said TPG would contact affected customers by March 2 next year, either by email or letter.

“This is the third major internet provider we have taken action against in the past few weeks. Internet service providers must take responsibility to ensure that their customers get the promised speeds that they pay for,"ACCC chairman Rod Sims said in a statement.

TPG recently ditched its 25/5 Mbps plan after NBN started offering a 12-month promotional deal where the 50 Mbps wholesale product costs the same as the 25Mbps one. RSPs also get bonus bandwidth to serve 50 Mbps users.