ACCC to drag ISPs before court over slow internet speeds 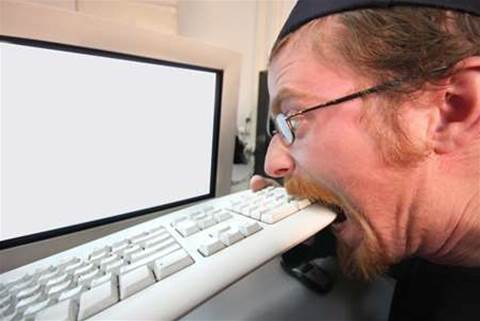 Telstra and others under investigation.

Australia’s competition watchdog is likely to haul several internet service providers into court before the end of the year over slow broadband speeds and inflated performance claims.

Chairman of the Australian Competition and Consumer Commission Rod Sims told a senate estimates hearing on Tuesday night that the organisation was investigating “some egregious examples” of ISPs offering below-par services.

One of the active investigations underway is of Telstra, which earlier this month admitted that thousands of its NBN customers were sold broadband plans with speeds that weren’t achievable.

However, Sims said the ACCC was looking much more broadly than Telstra “at the behaviour of other providers as well”.

The investigations are being carried out by ACCC enforcement teams, and officials for the commission said they were “progressing” fast to conclusion.

“I always try to up the stakes a bit,” Sims said.

“I’d be surprised if we don’t have a couple of cases in court by the end of the year.”

Specifically on the Telstra investigation, Sims said the ACCC was “looking at that to see whether [Telstra’s response was] appropriate and to understand the background” to the disclosure.

The investigations are part of a three-prong strategy that the ACCC has adopted in a bid to crack down on growing complaints over broadband speeds, particularly those experienced on the NBN.

The other prongs are a “truth-in-advertising” program of work where the ACCC has produced guidelines designed to get ISPs to “tell people what the typical speeds are, [and] move away from ‘up to’ [claims]”, Sims said.

“We’ve been doing a lot of compliance work with those guidelines,” he said.

The other prong is the forthcoming broadband speed monitoring program, where the ACCC will commission a third-party to track a sample of the performance of NBN fixed-line services at Australia’s top five ISPs.

Sims said there was still “a lot of resistance from the industry” over the program, which only recently secured government funding to proceed.

“I met with a couple of players the other day who are still quite upset about the program,” Sims said, though he noted they had proffered “nothing that I found terribly convincing, I have to say".

“They seem to be concerned about the cost to industry yet we are talking $7m over three years and in the scheme of the amount of their current revenue or however you want to look at it it’s a very small amount of money,” he said.

“I think they were concerned about the sample size, the fact that some retailers would be in and other smaller ones wouldn’t be.

“They certainly made their objections known to the government.”

Sims said he was confident the monitoring program would deliver on its objectives, one of which is to “shed a bit of light on the blame game going on” over who is responsible for poor speeds and performance.