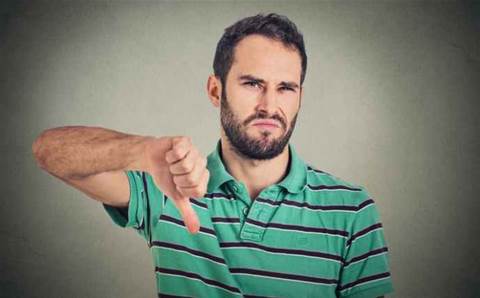 Not its role ‘to supervise the rollout’.

The TIO has rebuffed requests by policymakers to act as an alternate source of data on NBN Co’s network problems, arguing it has an incomplete view and does not collect information on the NBN access technologies used by complainants.

Jones repeatedly implored the committee to raise questions about the rollout directly with NBN Co, retail service providers (RSPs), or the Communications Alliance.

“It’s not our role to supervise the rollout,” she said.

“We’re looking at resolution and collecting information that’s necessary to resolve the complaint.”

The committee had been hoping to get a breakdown of NBN complaints lodged with the TIO by access technology – such as FTTN, FTTP, HFC, fixed wireless or satellite.

But Jones said this type of data was not recorded when a complaint was lodged.

“We don’t report by technology type because often consumers don’t know,” she said.

“When consumers ring us to complain they don’t know necessarily what the technology is they’re being connected to, they just want to connect to the NBN.”

NBN Co has only recently enabled customers to search its maps and see the exact type of access technology they either have been connected to or are in line to receive.

Jones said knowing the type of access technology didn’t help the TIO to resolve a complaint.

“When we refer complaints back to the [internet service] provider, we have no need to know [the access type] and consumers often don’t know it themselves,” she said.

Because the TIO referred complaints back to the customer’s RSP in the first instance, the ombudsman was able to perform some limited correlation of complaints to access type, which it had done with NBN Co’s troubled Sky Muster satellite service.

“We capture [complaints] by service provider so we know the service providers that are operating on Sky Muster and we do talk to NBN Co about those problems,” Jones said.

“We have at the moment a system of courtesy referrals so when a consumer complains to us about an issue with Sky Muster, we also send a courtesy referral through to NBN Co so they know the problem is occurring.”

However, Jones noted that Sky Muster complaints captured by the TIO were likely incomplete, as customers often complained elsewhere.

“One of the problems is that consumers don’t have to complain to us,” she said.

“With Sky Muster there are some very active advocacy groups working in the areas. When we look at BIRRR [Better Internet for Rural, Regional and Remote Australia], they are reporting 200 complaint calls a month, and we wouldn’t get that many.

“It may be that people prefer to go to an advocacy body than one for independent complaint resolution.”

Even if the TIO did start collecting data on the NBN access technology used by complainants, Jones said it could be of limited use.

“You have to be careful because we don’t know whether the problem is the technology or some of the communication around it,” Jones said.

“The vast majority of complaints are resolved by referral back to the provider, and we never know what the cause is. It may present as a problem with the access technology [but be the result of the] RSP not logging an [installation] appointment request properly.”

Jones also indicated that collecting more data on every complaint could be onerous and unhelpful to the TIO’s remit. Because most complaints are resolved simply by referring them back to the affected RSP, little data was captured by the TIO.

“To interrogate every complaint that comes before us to find out the cause would be problematic and way too expensive,” she said.

One possibility flagged by the committee was to get a breakdown of TIO complaints by postcode and try to cross-match this with data published in NBN Co’s rollout maps, which was recently captured in iTnews’ reconstruction of the NBN three-year construction plan.

However, this is likely to be problematic as many NBN areas have a mix of access technologies. For example, most FTTC areas are a mix of FTTC and FTTN.