Govt faces off with regional Australia over decreased broadband funding 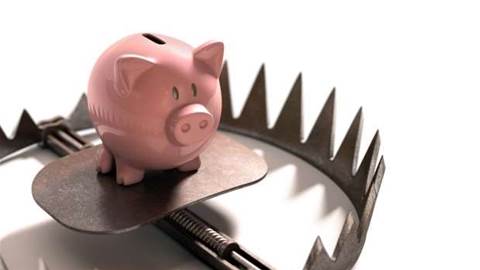 No more raids on the public piggybank?

Analysis: Even if it can plot an exit, should it be a goal of government?

The government is on a collision course with regional Australia after declaring that it wants to reduce or avoid future calls on the budget to prop up telecommunications in those areas.

Last week, the Department of Communications proposed a new tax on broadband users with lines that are theoretically capable of speeds of 25Mbps or more.

The tax would be paid by NBN fixed-line users, as well as users of private services that rival NBN in capable speeds.

It is one of five potential options on the table to fund the expense of bringing broadband services to “non-commercial” parts of Australia; those served by NBN fixed wireless and satellite.

It was intended that these services be cross-subsidised by the NBN’s fixed-line users, however the government claims this arrangement has grown “unsustainable”.

The government wants to replace the cross-subsidy with a tax on the same NBN users. But the tax would also apply to NBN Co rivals like TPG, who would collectively contribute about five percent of the total pot of cash.

Aside from the tax – which the government is calling the regional broadband scheme (RBS) - one of the other options is to continue to subsidise the cost of regional telecommunications out of the federal budget.

However, this isn’t an option the government favours.

Firstly, it is keen to keep NBN Co mostly responsible for the cost of future upgrades and operating expenses incurred by its wireless and satellite networks. These are expected to top $9.8 billion by 2039-40, but the government won’t say how much of this has already been spent.

“The relative net benefits between budget funding and the introduction of the regional broadband scheme are difficult to measure,” the department noted in its regulatory proposal.

“But on balance, the introduction of the scheme through an industry charge is recommended because budget funding would reduce incentives on NBN to contain costs (resulting in a reduction of productive and dynamic efficiency).”

The government also favours the tax for another reason: it will "reduce the likelihood of a future call on the budget to renew or replace satellite and fixed wireless assets”.

However, there are questions already being raised about how plausible this is, or indeed whether it should be a goal of government to step back from bringing advances in telecommunications to parts of Australia where commercial players are reticent to go.

BIRRR is a volunteer support group and 'bush communications' lobby with around 8500 members.

"It remains a very sound investment to deliver quality broadband to the bush, as it will pay dividends in agricultural and regional development," Sparrow said.

“We would instead welcome a comprehensive approach to funding that addresses the significant contributions regional areas make to Australia's economy and productivity."

But until this is done, it favours regional NBN services remaining “under government control".

“We need to overcome the data drought and invest in telecommunications that will grow strong and healthy regional communities,” she said.

BIRRR is also a member of a new Regional, Rural and Remote Communications Coalition set up last month, which counts many agricultural groups as members, as well as bodies such as the Australian Communications Consumer Action Network (ACCAN).

ACCAN provided a preliminary statement in which it welcomed “the move to ensure that regional services will be funded sustainably into the future”.

“Broadening the cost of providing non-commercial services from only NBN to other fixed networks is fairer overall,” ACCAN said.

Asked by iTnews whether it supported the government’s motive to step back from future funding of regional telecommunications infrastructure, ACCAN indicated it wouldn’t comment further before making a formal submission early next year.

Even if the government was to succeed in building a pot of NBN and private money to fund future regional telecommunications, it is unclear whether it can avoid dipping into the public purse.

Governments have a long history of funding telecommunications in the parts of Australia that commercial providers otherwise don’t touch.

In addition to bankrolling the NBN rollout, the government is currently co-funding mobile towers to fill broadband “blackspots” in rural and remote parts of Australia.

After the NBN was announced, the then-Labor government spent $250 million on a regional backbone blackspots program (RBBP), criss-crossing the country with new fibre transmission links.

And prior to NBN, the government stumped up $958 million to have Optus and Elders bring wireless broadband and ADSL2+ to regional Australia, under the cancelled OPEL project.

Much of that funding was drawn out of the $1.1 billion Connect Australia program announced in mid-2005. That was supported by a $2 billion “communications fund”, described at the time as an investment fund whose earnings “will be available to support the government’s response to the future regular reviews of rural telecommunications services”.