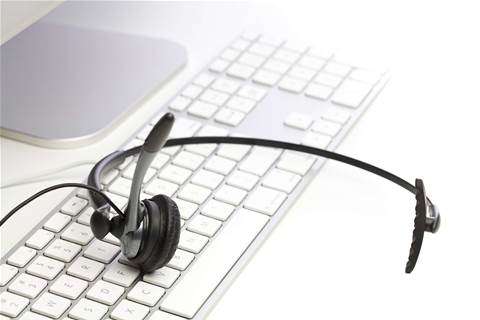 Telstra-owned Belong accelerated plans to switch to a fully digital customer support model after COVID-19 slashed the capacity of its contact centres and caused 11,000 unanswered requests to pile up.

The company has support teams in Melbourne and overseas.

“I think at our worst we had about 11,000 requests that needed attention at any given time,” Van de Kamp said.

“We made the call really early on to stop selling to most of our new customers, and we asked our Australian partner TSA to switch completely to service mode, which enabled us to really quickly focus all of our efforts on serving our existing customers.

“The other decision we made pretty quickly was ... to go digital

“We did manage to get our service levels back to normal after a week by doing a few things which are mostly around self-service, a chatbot, and deflections.”

Van de Kamp said the company saw a fully digital operation as a way to handle and triage the volume of support requests, given it was down on staff.

“We knew that we wouldn't be able to reply to every customer, so we needed a lot of low-effort ways to handle our backlog but without causing additional pain,” he said.

“We didn't want to just bombard [customers] with self service articles and create extra pain further down the line.

“But our backlogs and service levels wouldn't be where they are today without some of that triaging and deflection.”

Customers that look for support on Belong’s page are now directed to a chatbot in the first instance, which is powered by Zendesk software.

“The chatbot started solving tickets for us literally without any effort at all or build-time,” Van de Kamp said.

“The AI is improving every month. At the moment the chatbot is doing the equivalent work of almost three agents, and that's without investing any time into it at all. It's getting better every month without us building any extra knowledge into it.

“That cost saving of three agents is great, but I think the real value lies in all of those customers it is helping.

“Those customers aren't waiting days for a reply. They are getting the answer instantly and going back on with their day.”

Certain customer service requests, such as financial hardship and service outages, are recognised and escalated internally.

“The second thing we built were priorities and some skills-based routing rules,” Van de Kamp said.

“We acknowledged early on that we can't reply to all customers so we needed to find those ones that really needed us urgently.

“People without a working service, people with financial hardship or anything else that's urgent, we really needed to rise to the top.”

The company is also using software to recognise problems across subsets of users, and then to reply to those customers “en masse”.

“We’re not giving broad robot answers. We’re creating fairly ‘micro’ responses, but replying to hundreds of people at a time.

“That just helped us make sure that our human time was spent with the customers that really needed that extra level of care and attention.”

Van de Kamp said that one advantage of moving to a full digital support operation is that it reduces pressure in interactions, affording agents time to seek out answers internally and respond appropriately.

He also said that the systems put in place would now be refined, though he noted the company had taken the approach of not implementing software that would require a great deal of rework following the “initial scramble” to implement it.

“Through the crisis we really didn't want to scramble and do things that were going to cause more pain or things that we had to undo and reverse, or have to pivot too many times [from],” he said.

“For us it was really about staying true to our strategy, making sure that everything was reprioritised and able to be brought forward.”