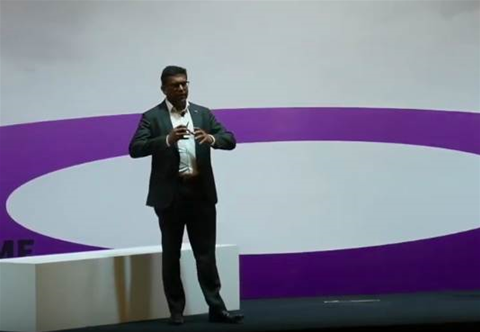 Back in June, Seneviratne said that Telstra wasn't interested in a partnership model that limited it to supplying carriage services to and from edge compute locations, suggesting it wanted to provide the compute capacity as well.

It is understood the telco hasn't ruled out partnering up with a hyperscale operator, but for now its experiments involve prospective users of edge services.

“When we look at our footprint, we have already identified all the places that we want to [bring] edge computing to - there's over 500 locations that we've identified already,” Seneviratne said.

“We're working now towards disaggregating our core network and taking it out to the edge, but … we're [not] just going to deploy it.

“It's not a question of ‘you build it and hope they'll come’ because that's not efficient.

“You have to work in collaboration with individual partners to deploy at the edge [and to] create the use case.”

That model is already in use.

A similar arrangement is currently in play with Telstra, Ericsson and CBA exploring use cases for 5G and edge computing at bank branches.

Seneviratne revealed the CBA work has advanced since it was first announced at Mobile World Congress in Barcelona earlier this year.

“This bank's vision is to create the infrastructure-free branch,” he said.

“So in other words, not only do we bring network functions closer to the edge to develop the low latency use case, but the secondary benefit for us is how does the bank offload their IT workloads onto that same edge.

“What you see there is now a merging of networks and IT coming together, running on the same edge.

“What we've done with Ericsson and CBA is to go to that first stage, and we demonstrated that at an industry show, and now we're going to go to the next stage and we're actually going to operationalise that into some of the bank branches.

“We want to take it beyond simply shifting IT workloads. We want to develop use cases like video analytics for security, etc.”

Part of the work currently underway aims to create patterns for deploying combinations of 5G and edge compute that can then be replicated into different vertical markets.

“The important thing [is] to create a framework ... in terms of the edge compute, the architecture, the orchestration, that you can then replicate into different verticals, otherwise, it's just not efficient in terms of your CapEx,” Seneviratne said.

Seneviratne said that Telstra also needed to be able to explain its value proposition and set itself apart from hyperscale operators also eyeing the edge compute space.

“As CSPs [carriage service providers] ... we have to tell the story of why, and for us 'why Telstra',” he said.

“The story for us is we have access to a 5G RAN [radio access network], we have got the real estate that we can deploy our edge compute on, and we have got the engineering smarts to create an ecosystem which has got the right level of security and orchestration that we develop with our partners to create a much higher level of value.

“Of course, we can open up the edge in terms of open APIs to allow third parties [in], but what we don't want to do is to be confined to being just providing connectivity.

“We have to be able to extract additional value going up the stack.”

Seneviratne said that Telstra already had interest from some of its mining customers to deploy private 5G networks at mine sites.

The telco revealed earlier this year that it had deployed private 4G LTE networks at several mine sites in Australia.

Seneviratne also said that while consumer 5G use cases remained of interest, that the real money in 5G would be made from business-to-business (B2B) and enterprise use cases.

That largely mirrors the narrative of other major telcos and analysts elsewhere in the world, which are treating enterprise as 5G’s real opportunity.

“The consumer use case is interesting, and Telstra will certainly play in the area of cloud gaming and immersive entertainment, but really for us in a world where we see single digit revenue growth, the sweet spot for us is around B2B and enterprise use cases,” Seneviratne said.