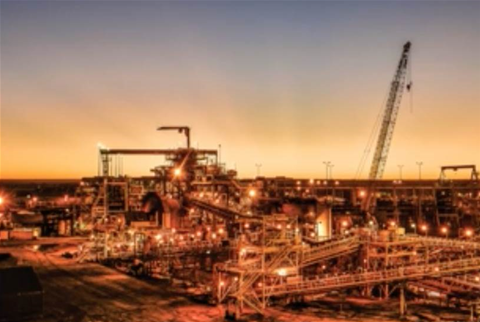 Telstra is deploying in-mine private LTE networks for the likes of Roy Hill and South32 through its mining services business.

Additionally, McGill said, deploying 4G LTE set those mine sites up to potentially move into more 5G-enabled use cases of the technology in future.

McGill provided a brief glimpse of two mine sites that are deploying private LTE networks with the aid of Telstra.

“From an open pit perspective we’ve been working with Roy Hill,” McGill said.

“Telstra Mining Services has been installing the private LTE network for Roy Hill, such that they are really able to change the way that they’re working because they see the network as a critical mining platform.”

McGill said that the LTE network at Roy Hill would offer connectivity to existing systems and also help the iron ore miner “grow [its] existing appetite for innovation”.

“This is a broad project with a variety of stakeholders, all being able to support Roy Hill as they mechanise and support a variety of solutions,” she said.

South32 consists of operations spun out of BHP Billiton back in 2015.

McGill said underground environments posed “a range of unique challenges” for network deployments, though there were also “opportunities to provide really robust solutions.”

“South32 has agreed to take the journey with us where they have been looking for a solution that provides real low latencies, high throughputs, as well as being able to provide a range of new technologies that can better support their existing network,” McGill said.

“We’ve started a path with South32 around a multi-sector, pre-production, underground private network.”

She further said that miners that had adopted 4G LTE were best placed to take early advantage of the upgrade path to 5G and some of the use cases this next-generation network would facilitate.

“Similar to urban networks, augmented LTE will be able to bring a range of additional capabilities for the mining space,” she said.

“We’ll be able to better support autonomous drilling, much better lower latencies for tele-remote vehicles at [mine] faces, fewer cell sites, a range of lower power sensors can be adopted, precision robotics can be deployed, as well as increased vehicle densities.”