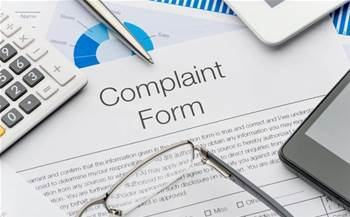 Now to see if they can sustain it.

The telecommunications industry is celebrating a single quarter drop in customer complaints as evidence that industry-wide efforts around customer service standards are working.

The Telecommunications Industry Ombudsman (TIO) said in its annual report that complaints fell 17.8 percent between January-March and April-June 2018.

The result was quickly celebrated by a range of parties.

TIO Judi Jones said that “the number of complaints about telecommunications services in Australia appear to be turning a corner.”

NBN Co said complaints about its services were “lower in the second half of the financial year compared to the first six months”.

Jones said in the TIO's annual report that “the recent downward trend correlates with a number of actions from government, industry, regulators, and my office - all of which were designed to improve consumers’ experience and reduce complaints.”

“These included the ACCC’s work on speed claims (including speed monitoring and enforceable undertakings), the Minister’s roundtable with nbn co and retail providers, retail providers’ increased focus on prevention and resolution of complaints, the ACMA’s complaint handling standard and recordkeeping rules, NBN Co’s pricing changes, and from the TIO – preparations to introduce a new funding model and complaint handling process.”

The proof of whether the quarterly drop in complaints can be sustained will come from future TIO data releases.

Overall, when complaint numbers are considered across the full 2017-18 financial year, the picture isn’t quite as rosy, up 6.2 percent year-on-year to 167,831.

The Australian Communications Consumer Action Network (ACCAN) said it was “frustrated” to see complaints continue to rise, though it noted the last quarter’s reduction.

“While we acknowledge the trend is beginning to change direction, it is important to note this is the third consecutive year that consumers have voiced discontent with the services provided by their telco,” ACCAN said.

“This demonstrates a clear need for improved customer service and consumer protections.”

Several retail service providers did particularly well at reducing complaints across the year - including the TPG group of companies (TPG, iiNet), the Vocus group companies (iPrimus, M2 and Dodo), and Vodafone.

However, others did not fare so well: Optus and Virgin complaints rose 35 percent, Telstra 7.7 percent and MyRepublic 101.6 percent.

MyRepublic said in a statement that its complaints figure appeared unusually high because it was being compared to incomplete data from a prior year.

“MyRepublic is a relative newcomer, only launching in late 2016, which is why it did not register full data for the previous year,” A/NZ managing director Nicholas Demos said.

“Therefore, whilst the figure for the total number of complaints in the most recent financial year is correct [1816], it is impossible to calculate a year-on-year shift without having been in full operation for the previous year.”

Demos said that 60 percent of the complaints “directly related to factors with high reliance on third party partners”.