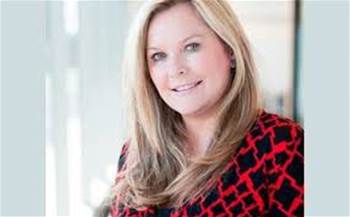 Having quietly sent version 1.0 of the much vaunted customer-facing Suncorp app live in late July, the Queensland-based financial stalwart has also confirmed its API-driven “single pane of glass” approach to customer interactions is being prepped to help drive differential pricing for some financial products.

The go-live of the marketplace is a big deal for Suncorp because, unlike many of its retail banking competitors, the company has its businesses spread across not just a regular retail bank but a gaggle of insurers including AAMI, GIO, bingle, Shannons and vero.

While the ‘network of brands’ approach has worked well at a balance sheet level, it’s equally presented some serious challenges in creating a single customer service and experience platform by virtue of everyone doing things a little differently on the back-end.

The diversity of offerings has also meant that integration onto a single core mega-platform – CBA or NAB style – has never really been a palatable option, thus necessitating the marketplace approach.

“It's about enabling our customers to move freely between brands, channels, product solution. The history of the company is our customers have been kept very much in brand silos,” Marlow told iTnews in a recent interview.

“We really wanted to move to a level of aggressive transparency across the brand, making sure customers knew what was available to them – and had that choice as part of it.”

Marlow candidly acknowledged that the new API driven marketplace didn’t just happen on the front end though. She noted a second vital element “was really making sure that we have the digital plumbing in order to do what our customers want to do from anywhere and any place.”

“We have a lot of core platforms which we use to manage those products… and the API strategy goes across all of those and it simplifies our backend environments – or our digital layer – so we deliver more seamless experiences to our customers.”

But to get there, Suncorp first had to go through a transformation program prior to the marketplace launch that included extensive simplification of its core systems, especially around insurance.

On the transactional side, it also consolidated mainframe environments so it was not starting from scratch.

That’s meant that the marketplace team – which has its own executive reporting line – has had to align closely with Suncorp’s technology group, an approach that could have created rivalries but instead produced synergies.

One notable point of difference across Suncorp’s executive ranks is that it is conspicuously gender equal, with women in the top seats for technology and delivery. Sarah Harland holds the position of chief information officer and, like Marlow, is also a direct report to chief executive Michael Cameron.

Suncorp has also proved adroit at snaring synergistic tech talent from outside of the financial services sector.

The kind of front-end integration overhaul being undertaken by Suncorp is not conceptually dissimilar to Service NSW’s transformation. That endeavour, arguably a leader in government,  roped together licensing, births deaths and marriages, greens slips and seniors concessions into a single physical and digital shopfront.

However where Suncorp really needs to compete is being able to offer more compelling, integrated and joined-up services under open banking changes that will force institutions to give customers power to share data on credit and debit card, deposit and transaction accounts with rivals after July 2019.

The open banking regime will also extend to data on mortgage accounts from February 2020.

Most of the regulatory rhetoric to date has been about customers being able to get better (lower) pricing, there’s also a potential sweet spot for players who can offer the convenience and simplicity of broad suite of services that span transactional banking, wealth management, lending and insurance.

That territory is looking particularly fertile for Suncorp in the wake of the Banking Royal Commission which has resulted in a rash of wealth and insurance divestments by the Big Four to focus on their deposits and lending core.

Under the marketplace model, Suncorp could snap up a customer’s mortgage and transactional account and then cross-sell home and contents, vehicle and life insurance.

Marlow notes that these kinds of products aren’t really disconnected in the minds of customers. Someone taking a loan to buy a car or house will generally need to take out a policy.

The big sell for marketplace is that the customer journey and experience will be both a satisfying and convenient one when it’s far easier to navigate and manage from a central, natively mobile location.

“The ultimate dream for us is to deliver on our core very well and deliver on our core banking and insurance products. But we know when a customer goes to buy a home, there's so much more they need than just a loan,” Marlow said, adding that  the goal was to “integrate our partners into our platform, have the right data feed and [service customers] in a better way.”

“Ultimately we think open banking is going to be something to drive great innovation and customer value.”

Marlow doesn’t explicitly spell it out, but having third party partnerships as a declared part of the API platform strategy hedges a fair bit of development risk. It lets Suncorp trade in and out of services based on their take up or customer pulling power.

Costs can also be tweaked based on a customer’s value or risk, a holy grail in banking known as differential pricing.

This is already happening through third party integrations, though in a lateral rather than linear way.

An example Marlow bowls up is the deal Suncorp has struck with Spanish startup Traity, which is being used to risk score renters and differentially price residential tenancy bonds based on digital reputation.

Firstly, it mines online transactional and social media platforms for rental applicant scoring. It might sound a little intrusive, but is arguably a major improvement on flaky and discredited tenant databases that have been repeatedly thumped by regulators.

Secondly, the use of positive scoring to price risk means renters can potentially access reduced bond requirements with the blessing of the landlord’s insurer.

“The technology goes out and looks at all your social contacts, your Uber, your Airbnb, your Linkedin, your Twitter,” Marlow said, adding it can mean a $4000 bond becomes a $400 bond for someone with a gold standard reputation score.

“If we had to go and build that technology ourselves it would have taken a chunk of time,” Marlow said.

[It’s] an approach where I don't have to build anything myself, I can embrace that third party and bring that to customers. That allows us to be far more agile than if we had to build everything ourselves.”