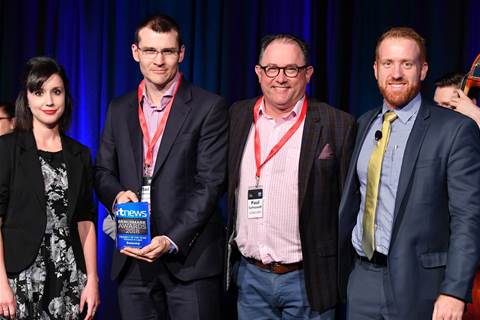 Suncorp's deployment of artificial intelligence into its claims processing has seen it take the trophy for best finance IT project in the iTnews Benchmark Awards.

The insurer was looking for a way to reduce the amount of time its customers would have to wait to have their claims assessed after lodgment.

One of the members of its digital team with a passion for AI suggested Suncorp look at whether the IBM Watson natural language classifier could play some role in the solution to the problem.

This "skunkworks" project quickly scaled to a full deployment across Suncorp and later its subsidiary insurance brands once it saw the difference the technology could make to its claims process.

Having fed Watson 15,000 de-personalised claims and their resulting liability determinations, Suncorp can now automatically assess a claim accurately in 90 percent of cases.

For car insurance customers, it means in the majority of cases they will have a verdict on their claim within five minutes.

"This [project] is one of those examples that came from one of the guys on the team which then grew and was achieved just by sheer determination and consistency of vision through the idea," Suncorp's Vlad Vereshchagin said.

"It's pretty exciting we managed to pull it together - we didn't believe that until the very last moment. What's incredible is how big of a difference small things can make."

You can read more about Suncorp's work alongside the other winning projects in the iTnews Benchmark Awards 2018 special edition report.