Suncorp forges ahead with last leg of IT overhaul 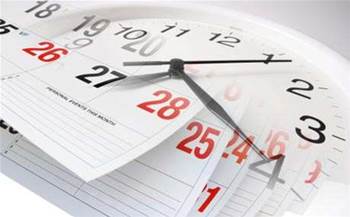 Suncorp is nearing the end of its long-running technology transformation as two back-to-back D-Days for its Oracle-based core banking and "optimised platform" big-ticket items approach.

The insurance group began its transformation efforts in 2009 with its 'building blocks' strategic IT overhaul.

That project was completed in the 2011-12 financial year and streamlined Suncorp’s banking and insurance businesses by removing duplicate CRM, HR, finance, claims, and pricing systems.

It was followed by the $275 million 'simplification' project in 2012, which stemmed from 'building blocks' and involved modernising IT and cutting the costs of running legacy infrastructure.

Suncorp today revealed the program was expected to reap efficiency benefits of $265 million in 2016, up from $225 million this year.

The group earlier this year announced its decision to extend its 'simplification' program - which had been due to wrap up - to include a new $75 million 'optimisation' effort.

"The group has articulated its strategic vision and outlook to 2020," Suncorp said in its results briefing today.

"It is focused on building an optimised platform that will deliver a unique combination of enhanced technology, systems, and capabilities. This is the culmination of the simplification and integration work that will unlock future earnings growth opportunities for the group."

Suncorp's new 'optimised platform' will complete the redesign of the group's operating systems by 2017.

It will focus on delivering digital functions for Suncorp's nine million customers; upgrading its banking, super, policy, claims and pricing systems; and bolster its growing business intelligence activities, among other things.

The optimisation project is expected to reap $170 million in annual benefits from 2018, mostly from improved efficiency in processing claims, motor vehicle repairs, home repairs and procurement, and enhancements to technology and BI functions.

The platform is on track to be delivered by July 2016, Suncorp said today. Capitalisation of the project had a $73 million impact in the group's most recent financial year.

All unsecured personal loans are now being processed by the system after being flicked live last November, reducing the previous three-to-five day approval process to as little as 11 minutes, the bank said.

This was a "critical first step" and allowed the bank to test over two-thirds of applicable systems in a low-risk manner, it said.

Term deposits and transaction deposit account functionality will be available from the new platform for new businesses from early next year.

The business decided to take a staggered approach to releases up until the July 1 2016 go-live date, opting to tackle the least complex areas of the business first.

Suncorp has also decommissioned seven out of 13 old data warehouses after transitioning to an IBM Netazza platform that the group dubs its "data lake".

The group identified business intelligence as a key plank in its transformation efforts, and has built out a 1150-strong army of BI specialists into a dedicated function over the past two years.

It now hosts more than 90 percent of its core data in the Netezza warehouse.

The group will decomission the remaining six legacy data warehouse products by the end of this year.

"[The Netezza platform] gives us a new depth of understanding of our customers, pricing and risk," outgoing CEO Patrick Snowball told investors today.

"Every day we had more and more data to the information lake - not just proprietary, but also third-party data, which enables us to create a single-customer view where we can see all the information that relates to each customer."

Business intelligence combined with the 'optimised platform' project "gives us options for growth we simply didn't have before", Snowball said.

Suncorp today reported a net profit of $1.1 billion compared to $730 million for its last financial year.