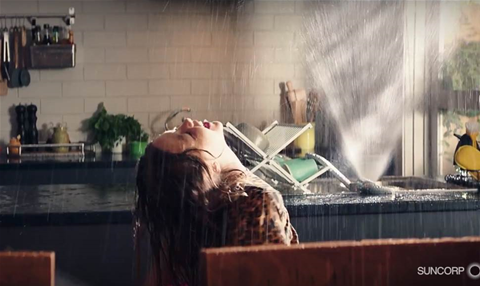 Speaking to the Suncorp’s 2018 annual results on Thursday, Cameron told iTnews the institution was “yet to complete the program of transferring all of the business from [its existing] Hogan [system] to Oracle” Flexcube after the project again bobbed up among increased expenses.

This year’s cash burn was booked under a $29 million operating expense for “investment in core technology systems and associated support costs” that sat alongside a $33 million “increase in group depreciation and amortisation, including the core banking platform.”

Initially dubbed ‘Project Ignite’, the circa $300 million core replacement was initially slated to have had the bread and butter function of deposits and transactions running by the end of the 2016 financial year.

Suncorp subsequently revealed in February 2017 it was having problems with the cut of Flexcube that Oracle had shipped them.

While lending and mortgages have come across as part of what Suncorp has previously called “a phased and controlled delivery approach”, Cameron didn’t sugar coat the problems his team is still having with the new platform.

“One of the risks we have in putting all of the transactional business onto Oracle is the stability and also the reliability of the current version of that program,” Cameron said, before throwing to the bank’s options.

“We can either refine the version which we have which is complex and expensive or we can wait for the new version to be released.

“So what we are doing is waiting for the updated version of that platform which will be much more robust,” Cameron said.

Patience with timelines could be wearing thin though, with the timeframe for when a decent new cut of the troubled software will ship still an open question.

“Unfortunately I can’t give you a firm date as to when that may be available,” Cameron said.

In the interim, Suncorp will run its Hogan system – a similar platform to that still used by ANZ and Westpac – in parallel.

The ongoing problems with the Oracle core deployment sit in stark contrast to the conspicuous success of Suncorp’s Marketplace strategy that essentially uses a middleware layer to extract what customers and staff need from existing platforms, often in real time where necessary.

The successful creation of the middleware layer that can straddle different enterprise applications, as well as forking into third party APIs, had some investment analysts wondering about the long term viability of Oracle as a choice of core upgrade, a question amplified by the lack of a nominated completion date.

Oracle’s original trophy client for its core banking product had been NAB, however that institution chewed through a succession of tech executives and leaders in the process.

NAB’s rivals Westpac and ANZ, like Suncorp, are also veteran Hogan users but have so-far eschewed massive core systems replacements of the kind undertaken by CBA.