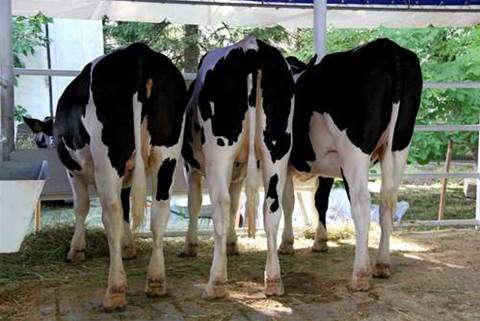 Your servers in rural and regional Australia?

Sustain Data Centres has laid out ambitious plans to build up to 50 facilities in regional and rural Australia that can be powered by biogas and other renewable energy sources.

The start-up, which is yet to secure debt or equity funding, hopes to have its first rural data centre in NSW stood up within 12 to 18 months.

CEO Shane McDonald told iTnews that negotiations are underway to base the first rural facility adjacent to a NSW abattoir.

Under the plan, Bellwether Agriculture - with whom Sustain has an alliance - would build a digester to process waste from the abattoir.

Methane gas created as a side-effect of the waste management process would then be funneled to the data centre and used to generate power to run the data centre load and cooling systems.

"We will basically be on the back end of a digester that will take their waste, process it, and then the methane that's generated will come to the data centre, and the data centre will consume it," McDonald said.

"We're generating the power from the gas and then we use the exhaust of the gas to run absorption chillers, so we don't have to pay for any more power.

"We'll [also] get carbon credits and those will go back to [the abattoir] and offset the potential cost of the [carbon tax for them]."

In return for the carbon offset, Sustain hoped that the abattoir - and other hosts - would provide adjacent land for the data centres - although he said the company may also pay for land use.

McDonald said feasibility testing is underway "to see how much methane is being generated out of the abattoir's current waste process".

The abattoir is one example of the waste stream that Sustain hopes its alliance partner Bellwether will be able to capitalise on.

Other data centres could be located near wastewater treatment works, although this is yet to be confirmed.

Although the majority of data centres are planned in regional and rural Australia, the company has more immediate plans to build centres in South-East Melbourne and Sydney's upper north shore.

McDonald conceded it was unlikely these would operate off-grid - they would most likely use town gas supplies - but the grid power could be supplemented with solar energy.

That meant the city facilities were unlikely to meet the same environmental standards as the biogas-powered data centres in regional and rural areas.

McDonald anticipates the city facilities will represent only a small portion of the company's data centre network.

"The worst case [scenario is that] the percentage of city sites to the overall chain that we're building is only going to be about 3-4 percent in terms of power consumption," he said.

"At the end of the day if it satisfies the fact that we can get city income going into our private [power] network and then 95-97 percent of the power consumption is done by clean green biogas, then that's the way we want to go."

The city data centres are also favoured because space is in demand and they would provide an alternative to customers who are uneasy about putting their servers a long way from where IT support resources might be located.

Those who did consider shifting server loads to rural areas could save money.

McDonald said that Sustain will charge anywhere between $340 and $2500 a rack a month, excluding power consumption.

"We use the same billing system as the airlines do on capacity," he said.

"So the first people in should get a very cheap price, then it works its way up to $2500. The people that come in last, they pay the normal RRP."

Co-location space is to be sold in quarter, half and full-rack allotments, as well as three and five-rack "clusters". Prices after that were adjusted with economies of scale, McDonald said.

The company is trying to lock down its first 36 customers as part of a pre-requisite to gain equity.

"The investors want to see those 36 customers and then they'll put their money into a trust account," McDonald said.

"The banks, in turn, want to see the investors have put money into the trust account".

Read on to page two for the data centre design and how they plan to solve data transmission.