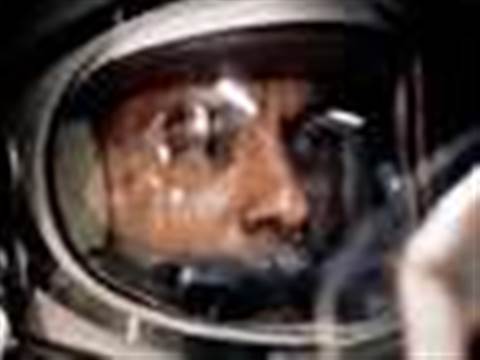 A conference on the future of space travel has shown that science fiction may be closer than we think.

Two of the ideas mooted are magnetic shields first seen in Star Trek to protect astronauts from solar radiation, and 'smart dust' which can explore planets powered by the wind.

Both were presented at the Royal Astronomical Society's National Astronomy Meeting in Preston this week.

Magnetic shields are being worked on by two groups. A team at the University of Washington in Seattle has just finished experiments investigating the use of a bubble of charged particles, or plasma, as a deflector shield, while a group in the UK has been trialling a similar system to protect satellites.

Solar radiation is a major problem for extended space living, since intense bursts from the sun can poison or kill those unprotected by the Earth's magnetic field.

Astronauts on the International Space Station have to retreat into a special shelter when solar activity is high.

The second project involves the use of 'smart dust' to explore planets. This would see millions of units consisting of a computer chip and wireless antenna in an electronic skin that would be discharged into the atmosphere.

The units, the size of a grain of sand, could adjust their outer casing to descend or float in the wind and would link to each other to form an enormous grid for data collection.

Currently the units can be compressed to a few cubic centimetres and scientists believe that in the next 20 years such a scheme would be possible.

Got a news tip for our journalists? Share it with us anonymously here.
Copyright ©v3.co.uk
Tags:
and boffins dust magnetic oddware plan shields smart space