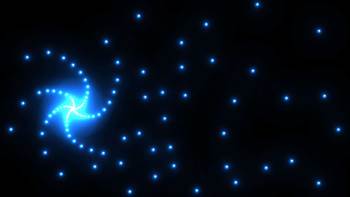 Layout of the SKA antennas on the ground. Credit: SPDO/Swinburne Astronomy Productions

Scientists involved in Australia and New Zealand’s joint bid to host the Square Kilometre Array (SKA) are optimistic about winning the international project next February.

The 3,000-dish array involves 20 nations. It is expected to survey the sky 10,000 times faster than any other telescope, generating an Exabyte of data per day when launched in 2024.

According to radioastronomer Peter Quinn, local investments in supercomputing, energy and fibre made the region a “good home” for the 1.5 billion Euro ($2.1 billion) project.

A third of SKA funds would likely be spent on ICT, said Quinn - director of the International Centre for Radio Astronomy Research, forecasting opportunities for both local and international vendors.

Quinn expected the SKA to generate 10 petabits of data to be distributed to computing facilities, storage and researchers every second.

Data would travel along dedicated cores of various local and international fibre networks, including the National Broadband Network, AARNet, and National Research Network, he said.

Accordingly, Quinn said the NBN played “an enormous role” in the region’s SKA bid; as did the $80 million Pawsey supercomputer cluster in development in Perth.

While Pawsey could not provide the exaflop processing power that the telescope array would require, Quinn said it would serve the SKA’s local precursor, the Australian SKA Pathfinder (ASKAP), which was scheduled for completion in 2013.

“Indeed, Pawsey is going to meet the needs of pathfinders and precursors, but it’s the beginning of the story, not the end,” Quinn told iTnews.

There was “no dedicated SKA supercomputer in South Africa,” he said of Australia and New Zealand’s sole contender for the SKA bid.

“The members of the Founding Board include representatives from Australia, New Zealand and South Africa. Neither site is currently favoured,” she said.

Bowler said organisers would consider radio quietness, climate, connectivity and infrastructure, operations and maintenance costs before deciding on a site next year.

Australia and New Zealand bid director Brian Boyle said he was “confident, but not complacent”, noting that Australia would contribute 10 percent of the SKA cost if successful.

“I think we’ve got a very good case,” he said, highlighting Commonwealth Government investments and a relatively low population density around the proposed core in Murchison, Western Australia, where the ASKAP is located.

“If we want to attract the SKA to Australia, we have to make sure it’s a good home; that does involve cost, but the benefits are huge,” he said.

“[SKA] touches many players – the people who are designing and building supercomputers, fast networks, fast and high-capacity storage, and software.”