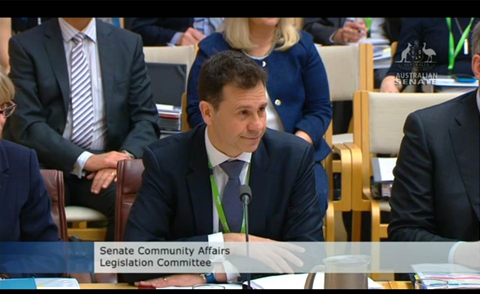 Trials of the federal government's much-hyped Nadia virtual assistant are unlikely to start until next year, almost 12 months after the bot was first launched.

In senate estimates this week the National Disability and Insurance Agency (NDIA) revealed development on the long-awaited virtual assistant had been paused for several months this year while a review of the national disability insurance scheme (NDIS) was conducted.

The Department of Human Services is building the Nadia bot for the NDIA to help handle the 8000 calls it receives each week.

In June the NDIA revealed it had no set release date for the technology despite a highly publicised launch event and partnership with Cate Blanchett in February, and said Nadia would need a lot more testing before it went live.

In estimates this week the agency reiterated that it still needed to figure out how Nadia would fit in to its operations.

“Nadia from our perspective has been [in a] holding pattern until we completed our pathway [review] work, and to ensure we actually know exactly how best to utilise the technology as we move forward,” NDIA CEO Robert De Luca told the estimates committee.

He said the agency had decided to put the bot's development on hold until it had the results from the NDIS review that would form new 'participant pathway experiences' for NDIS participants and providers.

This process had provided the agency the "clarity" on how Nadia will be utilised, he said.

“Now that we’ve designed our new pathway, we’ll be looking to pilot and test the Nadia technology within our overall pathway program of work to help understand and ensure that the questions [and answers] in the technology are correct," De Luca said.

The agency now says it is aiming to test elements of the virtual assistant over the next 12 months in a number of pilots.

However it has still not set a go-live date.

“We will be progressively piloting and testing the Nadia technology as we work through all the pilot and testings [for the new pathway],” De Luca said.

“Some of the elements that we want to test is responses to questions we’ll feed into the technology.

“We’ll then test that and make that available as we work through the pilot, and as the machine learning gets smarter we can actually deploy it to our participants going forward.”