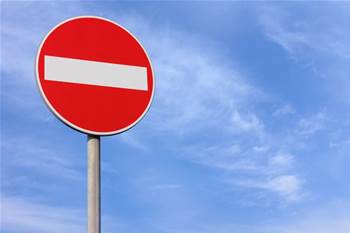 The committee examining the expansion recommended overnight that the amendments are passed without change.

Google had led opposition to the expansion, saying that the amendments were being “rushed” through without any demonstration of need.

It had also said the changes were largely pointless, since rights holders could already have content blocked at the internet provider level, making blocks instituted further up the chain meaningless.

The expansion of site blocking laws was only introduced into parliament on October 18 and referred to the senate inquiry on November 13.

Minister for Families and Social Services Paul Fletcher told parliament that “the government is seeking quick passage of this bill”.

The senate committee relied on the large volume of submissions received from rights holders - at least 16 of the 26 received - as evidence of need for the changes, as well as quick action.

“The committee notes that the majority of submissions received by the committee supported the bill and recommended that it be passed unamended,” it said.

Some opponents of the bill did not file individual submissions, instead relying on an industry body such as Communications Alliance or DIGI - which represents “Facebook, Google, Oath, Redbubble and Twitter” - to speak on their behalf.

The committee briefly noted Google’s accusation that the process had been “rushed” but did not address it.

The only minor concession the committee provided was for a review of the efficacy of the site blocking expansion after two years of operation.

The site blocking expansion is being pursued at the same time as encryption-busting measures are also being attempted to be fast-tracked through parliament, also before Christmas.

Law enforcement agencies held a four-hour ‘top secret’ hearing in Canberra yesterday in a bid to convince a bipartisan committee to rush its own inquiry into that set of proposed laws.