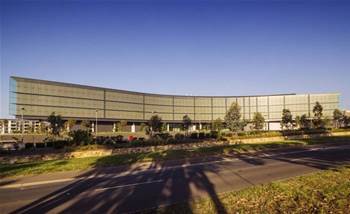 Idea floated to limited use cases to counter-terrorism only.

Australian law enforcement agencies have pressed the case to fast-track elements of the encryption-busting bill during a four-hour “top secret” briefing to a joint parliamentary committee.

The closed-door briefing, held on Monday morning, was immediately followed by a much shorter public hearing with the same agencies, including ASIO, AFP and the Department of Home Affairs.

The Parliamentary Joint Committee on Intelligence and Security (PJCIS) said in a statement that it is “actively considering” Home Affairs Minister Peter Dutton’s demands “to accelerate its review” of the proposed laws.

Both Dutton and Prime Minister Scott Morrison want to ram the controversial legislation through parliament before Christmas.

The PJCIS said in a statement that it held “four hours of top secret classified briefings from agencies on the operational necessity of an urgent progression of the bill.”

It said that “the committee continues to operate in a cooperative and bipartisan fashion as it considers options for the remainder of its inquiry.”

One option was canvassed at the close of the public portion of today’s hearings: a truncation of the bill that would essentially reduce the grounds of its application - at least initially - to only counter-terrorism.

The bill currently offers a broad list of potential applications of the laws, covering national security and domestic and international criminal law.

The list has been truncated once already, with “protecting the public revenue” dropped after outage from a range of parties; it now appears the list could be pared back again to appease the government in its rush for passage of the proposed laws.

“It’s very much a counter-terrorism function that the government is concerned with in the short term, which is what drives the request for urgency,” Shadow Attorney-General Mark Dreyfus said.

“One of the options for the committee is to look at potentially an interim report, [and] interim processing of part of the bill, in order that the government’s stated purpose of urgency can be served, while the committee continues to consider the remainder of the bill and tries to deal with the multitude of concerns that have been expressed.”

Home Affairs chief Michael Pezzullo said that would be a matter for the committee and government to agree on.

However, he said that making the bill apply only to cases of counter-terrorism was “not a complex drafting change”.

Concerns raised with the bill by a range of parties - including telcos, cryptographic security experts, IT vendors and privacy experts - cover the technical feasibility of what is being sought, as well as the types of agencies that should get to use the bill if passed.

It was unclear how questions of technical feasibility would be solved if it was passed for limited use, nor how consideration of those aspects could safely be deferred by the PJCIS to a later date.

For example, what constitutes a systemic weakness or vulnerability in the bill is still undefined - a critical term that governs whether or not law enforcement is asking too much of a target organisation like an IT vendor or telco.

It wasn’t clear if this would be addressed before the bill was passed in any form, or whether its consideration would be deferred to avoid holding up the new laws from being used in counter-terrorism investigations.