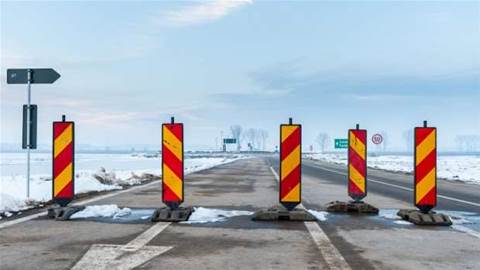 The federal government will try to toughen up site blocking laws used to combat piracy, allowing more sites to be targeted and adding powers to force search engines to remove search results.

A bill to be introduced to parliament today - the Copyright Amendment (Online Infringement) Bill 2018 - will attempt to strengthen what the government called its “existing, successful website blocking scheme introduced ... in 2015”.

According to Communications Minister Mitch Fifield, the changes will make it harder for sites that host pirated content “to circumvent blocking measures.”

Under the current legislation, the Federal Court can issue orders for internet providers to block access to infringing websites.

The amendment, if approved, would create a “broader range of overseas websites and file-hosting services widely used for sharing music and movies” brought within the scope of the scheme.

It would provide “a means for proxy and mirror pirate sites to be blocked quickly”, Fifield said.

“We are always looking at what more we can do, and we want copyright owners to have the right tools at their disposal to fight online piracy,” Fifield said.

Introducing the bill into the House of Representatives on behalf of Communications Minister Senator Mitch Fifield on Thursday morning, Minister for Families and Social Services said copyright infringers often proved difficult to find.

Fletcher said while the existing blocking scheme had been initially successful there was still “a proportion of Australian users who seek out infringing sites and there are still pathways to get to these sites.”

Search engines and cyber-lockers are clearly in the frame, with Fletcher saying search engine providers enabled “users to discover the existence of blocked websites and alternative pathways to get to those sites.”

“These pathways can’t be blocked because they are not part of the initial court order,” Fletcher said, adding that “it can be difficult and costly to determine if an online location is in fact located overseas.”

Fletcher said the new laws would directly address these “pressure points” because they “will allow injunctions to be made against online search engines who would be required to take reasonable steps to remove search results that refer users to infringing online locations.”

“This will remove links that allow users to discover the existence of websites that are the subject of an injunction.

Some of these appear in the first page of search results when they should not appear at all. Search engine results can also disclose alternative pathways which can undermine the effectiveness of blocking orders,” Fletcher said.

Copyright holders will also get an easier ride through the courts because they will not have to constantly reapply for new injunctions.

Fletcher said the bill would “provide that an injunction may be granted in respect of an online location that has “the primary purpose or the primary effect of infringing or facilitating an infringement of copyright”.

“This will ensure that some overseas online locations , including certain cyber-lockers can be captured under the scheme,” Fletcher said, adding that under the status quo was legal doubt about whether such sites had a primary purpose of infringing copyright “or facilitating the infringement of copyright.”

“The bill will make clear that the Federal Court has the power to issue responsive and adaptive injunctions without the need for the copyright owner to go back to court,” Fletcher said.

“This will give the court the power to grant injunctions on terms that allow the copyright owner and carriage service provider, by agreement, to apply the injunction to block other pathways which provide access to an infringing site.”

The onus on evidence is also being shifted. Fletcher said the new laws would also introduce “an evidentiary presumption that will provide that an online location appears outside Australia unless the contrary is proven.”

“None of these measures will impede or affect the capacity of carriage service providers or search engine providers to block or remove links to copyright infringing locations,” Fletcher said.