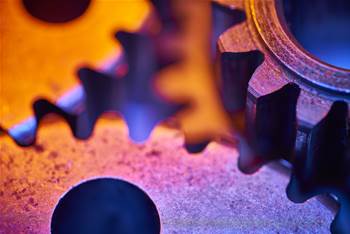 EOI did not progress after project moved from Finance.

In December 2020, the Department of Finance – which at that point had carriage of the GovERP project – approached the market to find a systems integrator to take part in the build and implementation of the system.

The would-be integrator was expected to take charge of the design and build of the new SAP S/4 HANA platform, including migration, and deploy GovERP to an initial set of 15 agencies.

Agencies in line for the system by mid-2023 are served by Finance’s Service Delivery Office, one of six shared services hubs that will eventually benefit from the single ERP system.

All but one of the six hubs – also located in Services Australia, the Australian Taxation Office and the departments of Treasury, Industry and Foreign Affairs – currently rely on SAP-based ERP systems that are expected to reach end-of-life by 2025.

But when Services Australia assumed responsibility for GovERP in July 2021, the services agency insourced the systems integration work that would have otherwise been outsourced under Finance.

“As Services Australia has a large in-house SAP and project delivery workforce, we are undertaking the prime system integrator role for GovERP,” a Servies Australia spokesperson told iTnews.

The spokesperson did not say whether the December 2020 expressions of interest process that called for system integrators progressed to a formal request for tender, as had been planned.

The agency did, however, enlist the help of EY as a “strategy delivery partner” as a result of the expressions of interest process.

As reported by iTnews, EY will provide “specialist skills across design and development, enterprise architecture and release management” until the end of June 2023 under a $14.5 million contract.

It is likely that consultants will supplement Services Australia's public servant-led SAP workforce under this arrangement.

EY is also currently working with the Department of Defence on its separate ERP system overhaul, which is anticipated to cost $1 billion when complete.

But unlike Services Australia, Defence has appointed IBM as systems integrator for the project under two deals that are now worth $242 million between July 2019 and April 2023.

Chief information and digital officer Charles McHardie last year said one of the reasons that Services Australia was selected to lead the ERP program was its large workforce of SAP experts.

Much of this expertise is the result of the Centrelink payments system overhaul, known as the welfare payments infrastructure transformation (WPIT) program, which began in 2015.

“Services Australia now has the largest SAP workforce in the Southern Hemisphere... That has allowed us to successfully continue to deliver SAP projects,” he said in July 2021.

But, at the time, it was not clear if Services Australia would look outside for integration activities, as well as the migration of data from older SAP ECC6 systems.

As integrator, Services Australia is expected to build out the demonstration version of the GovERP platform developed by Finance in the 2020-21 financial year.

An undisclosed amount of funding was provided in last year’s budget for the work, with the government citing “commercial sensitivities” for keeping the figure confidential.