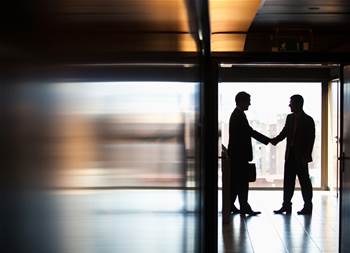 The consultancy became a “strategic delivery partner” on the whole-of-government GovERP program in November 2021 under a $14.5 million contract that was only released late last month.

GovERP is expected to consolidate the corporate and financial systems across the government’s six shared services hubs, starting with the Department of Finance’s Service Delivery Office.

It will replace the existing SAP-based ERP systems that are expected to reach end-of-life by 2025 with a single SAP S/4 HANA platform, avoiding the need for each hub to invest separately.

In standardising core transactional services, the government hopes it can create a flexible operating model for the Australian Public Service, meaning that staff can move more easily between agencies.

A spokesperson told iTnews that the contract – which was the result of a competitive tender – will see EY “work alongside” Services Australia staff to deliver the SAP S/4 HANA platform until the end of June 2023.

“EY will provide specialist skills across design and development, enterprise architecture and release management,” the spokesperson said, adding that it was the “first time” EY had been engaged.

EY has, however, spent the past six years working with the Department of Defence on its ERP system overhaul, which is anticipated to cost $1 billion when complete.

Services Australia assumed responsibility for GovERP in July 2021 after the Department of Finance blamed a lack expertise for a $35.5 million contractor bill over the project’s first two years.

“The program will implement a new technology in which the Australian Public Service has not yet developed expertise,” Finance said at the time.

Chief information and digital officer Charles McHardie last year said one of the reasons that Services Australia was selected to lead the program was its large workforce of SAP experts.

“Services Australia now has the largest SAP workforce in the Southern Hemisphere... That has allowed us to successfully continue to deliver SAP projects,” he said in July 2021.

The agency received an undisclosed amount of funding in last year’s budget to build out the demonstration version of the GovERP platform developed by Finance in the 2020-21 financial year.

The spokesperson decline to comment on how much of the budget had been spent to date or when the first agencies would begin using the platform.