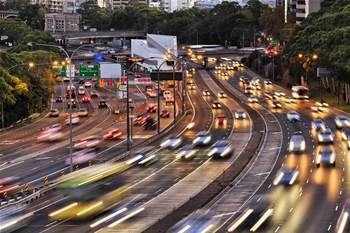 Transport for NSW is preparing to rollout a new transport management system that holds the promise of busting Sydney congestion through better real-time data and predictive technology.

It will replace the existing traffic management system deployed in the state's Transport Management Centre (TMC) that was built for the 2000 Sydney Olympics.

A TfNSW spokesperson told iTnews the central management computer system, which is currently provided by Cubic, is the primary platform being replaced.

The new platform is expected to give the Eveleigh-based TMC a complete view of the transport network by 2020 in order to “make faster, more informed decisions making passenger journey more reliable and reducing the cost of congestion”.

This will allow for enhanced monitoring and management of the NSW road network, as well as the ability to coordinate all modes of public transport and plan for major events.

It will also help improve the transport network recover from incidents and provide real-time information to the public about disruptions.

“The system will ... also include auto generated congestion alerts that quickly point operators to where unusual conditions exist on the road network, leading to faster detection and clearance of crashes and other incidents,” he said.

“The goal is to predict 30 minutes into the future and act in 5 minutes – this helps to divert traffic, coordinate public transport and provide real-time information to customers about any disruptions or alternative routes.”

Cubic will work with its partners –WSP, PTV Group, Mentz and Microsoft – to provide and support the platform, which the company said was the first of its kind to be deployed.

“This new project is exciting and strategic because it is the first contract anywhere in the world for Cubic’s next-generation, fully multimodal Transport Management Platform,” senior vice president and managing director of CTS Asia Pacific said.

Cubic also operates the smartcard system on behalf of the state government, and recently worked with TfNSW to allow third parties connect the system.