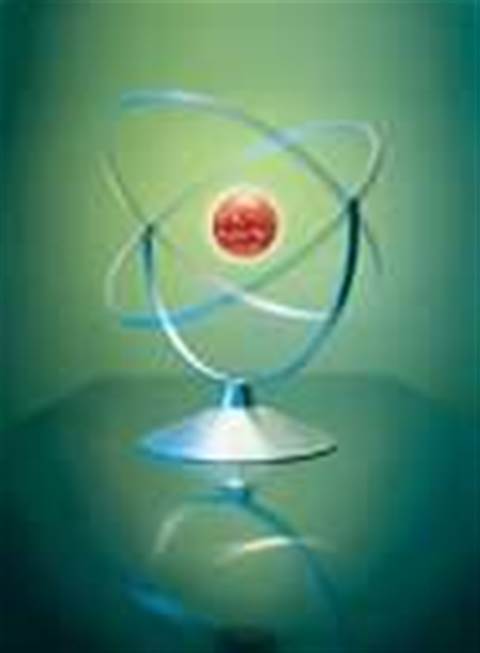 The music of the spheres.

The 'noise' made by atoms could help scientists design the next generation of super-fast quantum computers.

Physicists at the National Institute of Standards and Technology (Nist) said that the images of 'noise' in clouds of atoms trapped by lasers can reveal hidden structural patterns, including the spacing between atoms and cloud size.

The researchers recently demonstrated a way to partition about 170,000 atoms in an "optical lattice" produced by intersecting laser beams to create a grid like an egg carton.

By loading just one atom into each well, for example, scientists can create the initial state of a hypothetical quantum computer using neutral atoms to store and process information.

The laws of quantum physics mean that the scientists lose their ability to see and measure key quantum correlations among the atoms during the process.

But the researchers have shown that key structures are visible in composite images of the noise patterns, which reveal atom spacing and cloud size.

In the Nist experiments, the optical lattice was created at various laser intensities. The lattice was turned off, and scientists took pictures of the expanding cloud of atoms after 20 to 30 milliseconds.

To identify and enhance the noise signal, the scientists looked for identical bumps and wiggles in the images and made composites of about 60 images by identifying and overlaying matching patterns.

Lead author Ian Spielman likens the technique to listening to a noisy ballroom. While it may be impossible to hear specific conversations, correlations in noise can show where people (or atoms) are located in relation to each other, and the volume of noise can indicate the size of the ballroom (or atomic cloud).

Got a news tip for our journalists? Share it with us anonymously here.
Copyright ©v3.co.uk
Tags:
atomic boffins computers for noise oddware quantum turn up