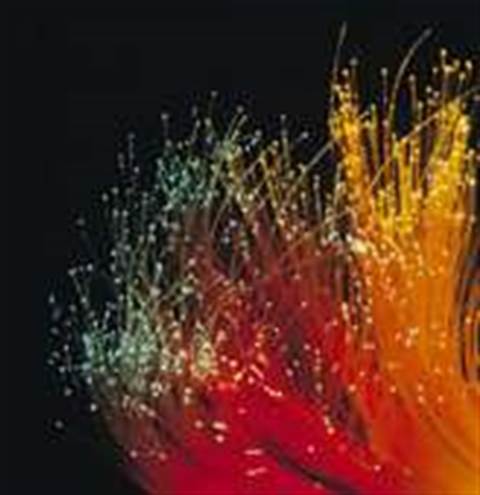 An international team of researchers has discovered a new generation of optical molecules that interact better with light and could dramatically increase the speed of Internet connections.

The team of researchers from Washington State University, the University of Leuven in Belgium and the Chinese Academy of Science found that organic molecules known as chromophores interact more strongly with light than any molecules ever tested.

Following their research, the team realised that the molecules would be prime candidates for use in technologies such as optical switches, Internet connections, optical memory systems and holograms.

The molecules were synthesised by chemists in China, evaluated according to theoretical calculations by a physicist at Washington State University and tested for their actual optical properties by chemists in Belgium.

"To our great excitement, the molecules performed better than any other molecules ever measured," said Washington State University physicist Mark Kuzyk.

Researchers have been trying to improve the materials used to handle light ever since optical technologies became prominent in the 1970s.

In 1999, Kuzyk discovered a fundamental limit to how strongly light can interact with matter, and went on to show that all molecules examined at that time fell far short of the limit.

However, the molecules described in the new report break through this long-standing ceiling and are 50 percent better than any previously tested, which means they are far more efficient at converting light energy to a useable form.

The molecules were discovered thanks to a test called hyper-Rayleigh scattering, developed by Koen Clays, a chemist at the University of Leuven.

This test found that two out of a series of seven molecules, which had been supplied by chemist Yuxia Zhao at the Chinese Academy of Sciences, were found to have a more powerful interaction with light than had been observed before.

"We use the quantum limits to try to get a clearer view of the nonlinear optical interaction and we wish to unveil the unifying principles behind the interaction of light and matter, which is a very ambitious goal.

"This summer we set some of the foundations of the quantum limits framework."

The new design parameters call for a molecular structure that increases a property known as the 'intrinsic hyperpolarisability'.

This feature reflects how readily electrons in the molecule deform when the molecule mediates the merger of two photons into one, an action which is the basis of an optical switch.

Kuzyk said that for use in optical switches or other products, the molecules would probably be embedded in a clear polymer that would provide structural assets.

It could then be formed into a thin film or into fibres, moulded into other shapes or used to coat circuits or chips.

Got a news tip for our journalists? Share it with us anonymously here.
Copyright ©v3.co.uk
Tags:
boffins discover molecules nextgen oddware optical