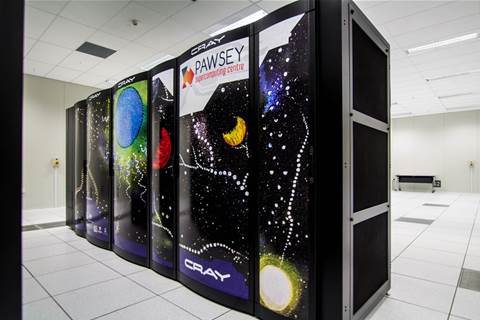 The Pawsey Supercomputing Centre has officially hit the market for a new $70 million supercomputer to replace its two ageing supercomputers, Magnus and Galaxy.

Pawsey scored the funding back in April last year to build a “next generation” machine that would “help a world-class facility become a world-leading one,” then Prime Minister Malcolm Turnbull said.

“Once complete, the Pawsey upgrade will further support Australian researchers to accelerate scientific discovery, enable high-impact research for the benefit of society, and remain globally competitive.

“Our aim is to provide more powerful supercomputing resources for Australian researchers, and to also improve access and efficiency for our users,” he said.

David Schibeci, the technical manager for the capital refresh project, added that the upgrades will impact most of, if not all, of Pawsey’s current systems.

That includes Magnus, a Cray XC40 supercomputer that uses a massively parallel architecture consisting of 1,488 individual nodes that are connected by a high-speed network; and Galaxy, a Cray XC30 supercomputer, currently a dedicated system for the radio astronomy community.

"The successful vendor or vendors must provide an integrated and diverse range of services where users can seamlessly move their data as required, enabling researchers to upscale their ambitions and work more efficiently in their science,” Schibeci said.

Work on the refresh will occur in two phases, with the first phase providing researchers with a system “at least equivalent in capacity” to what they’re already using, Pawsey said, with the latest generation of processors and increased memory per node.

Researchers with an active allocation on Magnus will transition to the new system during the first phase, which is due to be commissioned in mid-2021.

Phase two is expected to be in production by mid-2022, providing “an exponential expansion in capacity and state-of-the-art technology”.

However, some ancillary systems have already been procured prior to the current tender.

The release of the tender comes as Australia’s other peak HPC facility, the National Computational Infrastructure (NCI), nears the end of the installation of its new Fujitsu-built supercomputer, Gadi, for which it also received $70 million from the federal government.

Both NCI and Pawsey have slid down the global rankings of HPCs in recent years, with Pawsey just barely ranking in the top 500 in the latest list (an updated version should be released later this month).

The tender release for the Pawsey contract will close on Austender at 2pm AEDT on 11 February 2020.