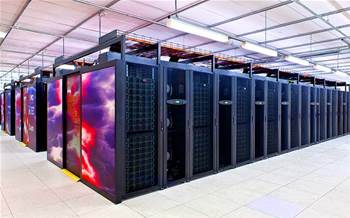 The National Computational Infrastructure has again been named Australia’s most powerful supercomputer in semi-annual Top 500 list of global supercomputers. But Australia's overall position continues to decline.

The Top 500 lists rank supercomputers by Teraflops - the ability to execute one million million (1012) floating-point operations per second. The NCI is rated at 1,676.2 Teraflops, which lands it in 173rd place, the NCI.

That's down 43 places from the November 2018 Top 500 list.On the upside, it's the smallest drop of any Australian system to make it onto June’s list.

Unnamed cloud providers resident in Australia scored 182nd, 418th and 420th on the global list. The latter two machines have identical specs, as do another 18 machines ranked between 418 and 438..

The last Australian supercomputer on the list is the Pawsey Supercomputing Centre, in 454th place. That's a drop of almost 100 spots since the last Top 500 list in November last year, and a far cry from the 41st place it scored in 2014.

Other Australian heavyweights, like the Bureau of Meteorology and the Victorian Life Science Computation Initiative, haven’t made the list for some time.

The Life Sciences Computation Initiative last featured among the Top 500 in November 2017 at 373rd place, and peaked at its debut in 2012 at 31st place.

BOM last featured in 2010, however, its upgrade to a new Cray XC40 facility with 16 times its previous capabilities (which earned it the iTnews Benchmark Award for best Federal Government IT project in 2017) was not listed in the bureau’s supercomputing history on the site.

IBM's Sierra and Summit, at the US Department of Energy’s Oak Ridge National Laboratory, maintained their spots at the top of the list.