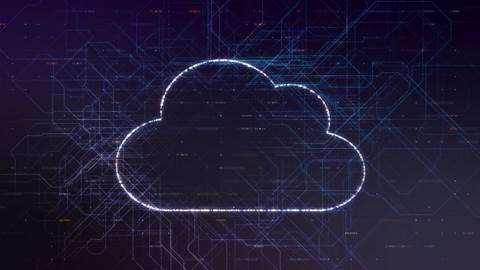 eHealth NSW has started brokering public cloud services from hyperscale providers Amazon Web Services and Microsoft to streamline the adoption of cloud services by NSW Health organisations across the state.

The digital arm of NSW Health established the brokerage service late last year to provide the state’s 15 local health districts (LHDs), as well as the department itself, with a standard model to consume public cloud services.

eHealth NSW service delivery executive director Farhoud Salimi told iTnews the service – effectively a catalogue offering that can be selected through the SARA [Search and Request Anything] portal – gave NSW Health organisations that ability to create a self-managed cloud.

“We’ve created the service offerings, what’s called a self-managed cloud, which allows LHDs to consume public cloud offerings, whether its infrastructure and/or software services that lie in that provider, in a more secure and controlled manner,” he said.

The initiative is tied to the department’s $286 million infrastructure refresh program, which is focused on enhancing the IT infrastructure that sits behind the state’s clinical and other health-related systems.

Salimi said the service takes care of everything from “the billing, charging and the contractuals” to “laying down the networking infrastructure” and “certifying the core services from a security standpoint”.

One of the ways eHealth NSW is securing the public cloud services is by routing them through the NSW government’s GovDC data centres, which NSW Health became a primary anchor tenant of back in 2012.

While currently limited to AWS and Azure, Salimi said the service had been setup to ensure consistency, particularly around security and governance, with both the adoption of public and private cloud services.

He said that, like with the spread of virtual machines and VMware infrastructure a decade ago, there had been a “proliferation of cloud subscriptions”, and the service was “about getting that sprawl under some sort of governance control”.

“What we decided to do is actually look at how we effectively provision both public and private cloud services ... for both the infrastructure refresh program to consume, but also for the LHDs to start to consume for their data centre reform program and all new business,” Salimi said.

Another aspect the service intends to improve is the ability for LHDs to provision infrastructure or software in a “more timely fashion”.

“We find building, racking, stacking can take somewhere between two to six to eight [months] to actually buy the stuff, rack it, back it and do all that provisioning for them, whereas this particular offering is very much automated,” he said.

Salimi said this would allow the state’s health bodies to “focus on delivering that solution to the business, rather than having to do technical design, architecture design and security”.

Already on their way

While the brokerage service is expected to help NSW Health organisations transition to the public cloud, both the department and LHD are already on their way, having adopted Azure and AWS for a number of applications.

“At the moment we have about, on the infrastructure as a service side of things centrally, we probably have about 10 to 15 applications of different sizes, some pretty significant applications and some smaller applications running in either Azure of AWS,” Salimi said.

Azure – which is also behind a trial data sharing system to provide point-of-care clinical and pathology results in close to real-time – is being used for an influenza immunisation scheduling application.

“If we had to actually host that application internally and RPC on our infrastructure, it would have taken us a significant amount of time to actually stand up infrastructure design, deploy a test and so on,” Salimi said.

“But because a whole bunch of the plumbing and components were done it was really just a matter of spinning up the servers – or the virtual data centres that they needed – and basically deploy that application in a pretty fast timeline.”

AWS, on the other hand, is being used to host NSW Health’s new state-wide rostering system HealthRoster, which narrowly avoided a multi-million dollar blowout last year.

“By deploying [the system] in AWS, and getting away from our physical infrastructure environments, we’ve been able to pretty much automate – with the vendor – the deployment of the application and the versions,” he said.

Salimi also said that eHealth NSW was in the early stages of building a private cloud within GovDC to complement the two public cloud offerings.

“We’re currently working with our incumbent hardware and software providers to create a private cloud, which is due to be released later this year as well,” he said.

Both public and private cloud will be used depending on the “workload and what makes sense both from a security standpoint, but also from a cost application fit and a whole raft of other factors that we have in what we call a workload placement framework”.