Fujitsu to build Australia's next supercomputer 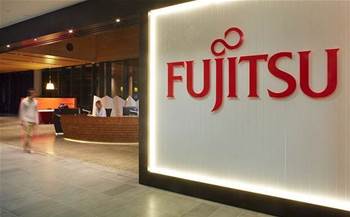 To be used by CSIRO, Geosciences Australia and the Bureau of Meteorology.

Fujitsu Australia has been selected to take the lead in upgrading Australia’s fastest supercomputer.

The new supercomputer will be operated by National Computational Infrastructure (NCI) within The Australian National University campus in Canberra, and will be used by the likes of the CSIRO, Geosciences Australia and the Bureau of Meteorology for crucial research.

The new machine, named Gadi meaning ‘to search for’ in the Ngunnawal language of the traditional owners of the Canberra region, will increase compute speeds by ten times compared to its existing supercomputer also deployed by Fujitsu in 2012.

Fujitsu’s build will include its own technology paired with kit from other vendors such as Lenovo, Intel, NVIDIA, NetApp, Mellanox Technologies, DDN, Altair and APC by Schneider Electric.

“NCI plays a pivotal role in the national research landscape, and the supercomputer is the centrepiece of this important work,” said ANU vice-chancellor professor Brian Schmidt.

“Investing in Australia’s research is an investment in our future. The upgrade of this critical infrastructure will see Australia continue to play a leading role in addressing some of our greatest global challenges. This new machine will keep Australian research and the 5000 researchers who use it at the cutting-edge. It will help us get smarter with our big data. It will add even more brawn to the considerable brains already tapping into NCI.”

Got a news tip for our journalists? Share it with us anonymously here.
Copyright © CRN Australia. All rights reserved.
Tags:
anufujitsugadihardwarencisupercomputer