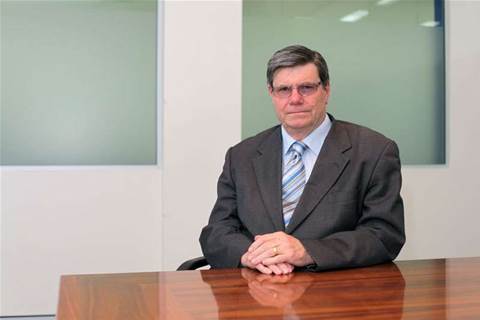 ..before the Government comes knocking.

Organisations involved in arbitration or dispute mediation sometimes take the fact that both sides of the dispute are equally upset with a decision as a sign they are doing a good job.

On that criterion, Australia's Telecommunications Industry Ombudsman (TIO) scheme is an outrageous success.

The ACMA's Reconnecting the Customer inquiry has received a number of comments about the TIO, and nobody sounds too happy.

On the one hand, there is the consumer representative body ACCAN, which said "members continue to have concerns about the TIO structure and the fact that the TIO Board is solely made up of industry representatives".

"ACCAN is also concerned about the scope of TIO activities - and in particular its capacity to handle complaints in a rapidly converging market."

ACCAN noted that the Productivity Commission has recommended that the TIO extend its functions to pay television, for example.

On the other hand, telecommunications industry submissions indicated a concern with the way the TIO records complaints.

In particular, VHA raised concerns that the TIO may be being used as a place of "next resort" for customer complaints rather than "last resort". The company said that this "may underscore the service provider concern that a number of issues raised with the TIO should not be initially recorded as complaints".

AAPT, in its submission, listed both of these concerns. The company noted that it had many instances of complaints accepted by the TIO which had not first been referred by the customer to the service provider, and that the statistical collection process resulted in the same complaint issue being counted twice. AAPT also saw benefit in relating complaint numbers to services in operation.

AAPT felt particularly aggrieved because it was the only telco to include TIO's contact details on all customer bills. Its competitors held back, fearing that customers would bypass service providers and use the TIO as a first stop to complain.

AAPT was not able to get a response from the TIO on its concerns, and has subsequently ceased including the TIO details on bills.

Telstra's submission, meanwhile, put the emphasis on getting better data from the TIO.

"Communications Alliance and the TIO should identify the best practice for providing TIO members with appropriate information on complaints about customer service and complaints handling," the incumbent's submission said.

So in the wash-up, consumer advocates think there is a governance problem and a problem with scope, while industry thinks there is a problem with what is classed as a complaint and how statistics are prepared.

All of this is spilling over into the public sphere via an ACMA inquiry that has absolutely no power to do anything about it. ACMA cannot change the TIO governance model nor how the TIO deals with complaints or prepares statistics. This is a problem the industry itself needs to address.

While the TIO scheme is industry owned and operated, its operations began as a requirement of the licences issued to Telstra (then AOTC) and Optus as part of the 1991 reforms. (It is unclear when this obligation came about, it had not been referred to in Minister Beazley's announcement of competition in November 1990.)

What is known is that Minister Collins wrote to the carriers requesting a proposal for a scheme by September 15, 1992.

The carriers responded [PDF] at the time with a scheme fundamentally of the form it exists in now.  In particular, they copied the Banking Industry Ombudsman model of a Board made up of industry representatives and a Council of consumers and industry.

Legislation passed in 1997 subsequently required all carriers and service providers to be members of the scheme, but otherwise did not interfere in the arrangements of the scheme. Under the TIO's original constitution, the Federal Minister for Consumer Affairs had to be advised of certain appointments, but due to the non-responsiveness of various Ministers, this requirement was deleted.

This dual governance structure has not only been criticised by ACCAN, but in a submission by former holders of the position of industry Ombudsman. The last two appointed Ombudsman, John Pinnock and Deirdre O'Donnell, have been joined by Simon Cleary (a Deputy Ombudsman who also acted as Ombudsman) in a submission that said that reforming the governance model would provide better protection of the independence of the Ombudsman, greater efficiency and effectiveness (given the time the Ombudsman spends in serving two masters) and because a single governing body is now industry ombudsman best practice.

The telecommunications industry position seems to be that they are unhappy with the outcomes of the scheme, while consumers seem to be unhappy that the scheme is "controlled" by industry.

Take a step back and consider that the industry is unhappy with a scheme that they, not consumers, control. Strange.

More significantly, is any of this really a problem for consumers? Consumers just want their issues resolved, and the popularity of complaining to the TIO seems to reflect consumer acceptance of this route.

Ultimately, the telecommunications industry simply needs to get better at resolving complaints internally.

Secondly if there is an issue with the governance of the scheme, then industry needs to work to have that reviewed. As it stands, the only review in train was commissioned by ACCAN.

That research - by John Wood of Baljurda Consulting - was briefly reported on at the ACCAN Research Linkage forum this week. His recommendations include support for both the need to ensure service providers have been given adequate opportunity to resolve complaints first, and the need to reform the governance structure.

Issues of governance are not always as clear cut as they seem. The submission from the three previous TIOs makes it clear that the industry "representatives" who make up the Board often adopt positions determined by their constituent firms. This ignores the strict legal responsibility that when performing their duties as a Director, their only obligation is to the TIO scheme.

It might be thought that solutions can be found by choosing "independent" directors. A Schumpter column in The Economist recently referred to research into financial firms during the GFC that showed that firms with more independent boards and institutional ownership experienced larger losses during the crisis, and that firms with more institutional ownership took more risk before the crisis.

So independence proved no guarantee of better quality.

The governance issue may be resolved by either collapsing the two governing bodies into one, or by changing the position so that Board members are all elected by the membership of the scheme, but that no Director is to be an existing employee of a member firm.

The schemes itself could consider varying the scope of potential members and the scope of services it might address.

It seems abundantly clear that the industry that created the scheme either needs to exercise its responsibility to review it in such a way that all the criticisms are resolved, or the Federal Government will need to include the future of Ombudsman arrangements under its forthcoming Convergence Review.

If the latter outcome occurs, the industry should not be surprised if a new scheme does not serve their best interests.