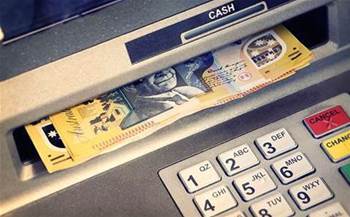 Cash veteran puts itself on the block.

A well-telegraphed push by Australian banks to start mass culling their branded ATM fleets and outsourcing cash distribution to a common utility provider is poised for a big kick start from the US, with one of the world’s biggest machine suppliers up for sale as cash usage plummets.

US-based manufacturer NCR (or the National Cash Register Company) is attempting to sniff out a buyer according to transaction journals Seeking Alpha and DealReporter with its shares recently spiking 10 percent on speculative interest.

The ruler-running coincides with financial technology research and analyst firm RBR publishing an assessment this week that found that ATM installations worldwide fell for the first time ever in 2018, dropping 1 percent to 3.24 million.

Any acquisition of NCR is certain to have knock-on effects for three of the Big Four Australian banks, especially if NCR opts to take the logical step of offloading or shuttering its ATM manufacturing sales and support business that is in structural decline alongside use of cash in developed economies.

If a sale goes ahead, elephant in the room is whether it will be worth it for Australian banks to maintain branded legacy ATMs or go for a staged industry-wide fleet renewal through the creation of a cash machine utility.

Banking infrastructure utilities are a well-trodden institutional path in Australia, with eftpos, BPAY and the now defunct Bankcard all examples of shared networks to leverage scale and reduce costs.

In Australia NCR plugs ANZ as its marquee customer, especially around tap-and-PIN ATM functionality that removes the risks of cards being swallowed and allows NFC phone transactions.

NAB, Westpac and ANZ are all understood to be keen to accelerate the creation of a common ATM utility operator in Australia to pare back operating and infrastructure expenses, with Linfox Armaguard, the cash logistics and amoured car operator regarded as a potential front runner.

The Commonwealth Bank of Australia (CBA) is understood to be less keen to throw in its machines, partly because it sees its big branch network and machine fleet as a key point of difference in a rapidly virtualising financial services market.

At the same time, domestic debit payments scheme eftpos, the same network that Australian ATMs run on, is mounting a concerted push to enable access to cash by adding its functionality as a choice to Apple Pay when offered by local banks, with the function already enabled by ANZ.

Both CBA and NAB are understood to be working on the inclusion of eftpos to their Apple Pay offers, with NAB switching on Apple Pay just this week.

As a manufacturer previously heavy with US customers, NCR had not pivoted as heavily to adding native EMV capability as its EU competitors.

In 2011 CBA opted for a whole-of-fleet ATM renewal with Wincor Nixdorf, booting NCR in the process in a deal that also saw joint development of the Albert payment terminal.

That same 2011 deal with CBA also added Armaguard as a key logistics partner. The ground in the ATM divestment started to shift in earnest in February after Armaguard, a subsidiary of Linfox, snapped up rediATM from Cuscal.

“Our core business is currency management, which includes supporting financial institutions with the circulation of cash into the community,” Armaguard Group CEO Gary Allen said at the time of the transaction.

“We aim to ensure that everyone has access to their cash when they need it, and part of this is the provision of ATMs, an essential service to communities across Australia.”

In December 2018 the head of the RBA’s Payments Policy Department, Tony Richards cautioned that “policy concerns could arise if there was a significant decline in ATM coverage that made it difficult for people to access cash, particularly in remote or regional locations.”

But in the same speech he left the door conspicuously ajar to the creation of a common ATM utility, saying that the RBA would have an open mind to an arrangement that resulted in a more sustainable ATM industry that continued to provide services where they are clearly still needed.”

NCR has been doggedly trying to bolster its point-of-sale (POS) system sales, especially around capturing digital transactions, to compensate for what this week became a global retreat from cash.

At the same time, the company is tilting towards becoming an enabler for omni-channel banking and has positioned itself as a cross-vertical software and services business that can digitise and integrate physical and online transactions.

A stalwart in the retail and business technology space since 1884, the company subsequently went into computing and automatic teller machines in the 1980s. It subsequently joined up with Teradata in 1992 after being bought up by AT&T the previous year.