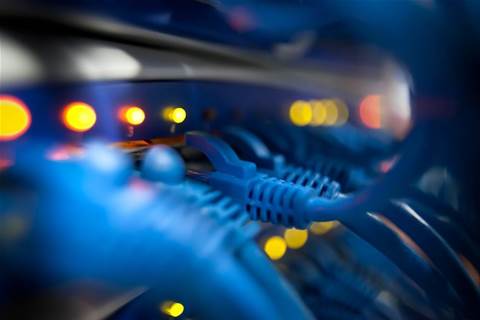 The timeframe is five months longer than the National Disability Insurance Agency (NDIA) acknowledged at the time of the incident.

The Department of Human Services revealed the new details on the issue in its submission to the parliamentary inquiry probing the IT systems underpinning the scheme.

“The department recognises that the NDIA encountered issues with the Direct Access [2012] solution for NDIA Partners to access core business systems between March 2018 and August 2018,” the submission states.

The problems were the “result of a rapid expansion of usage of the Direct Access solution outside of the department’s capacity management and planning processes”.

An associated software-based load balancing process was originally also blamed as contributing to the problems.

The issues affected local area coordinator partner sites and NDIA staff that provide frontline contact to NDIS participants, though the agency’s CEO Michael Francis had described the issues as “intermittent”.

However a NDIA submission to the same inquiry reveals that the partner network “experienced a significant deterioration in service level” during this time.

It said that Direct Access using a DHS-supplied Surface Pro laptops was the “only ability DHS had at the point of transition to facilitate connectivity” to DHS’ ICT server.

A ‘LAC Connectivity project’ will see partners access a Partner Portal with their own devices from the second quarter of 2019.

However initial attempts to provide “some relief” through an upgrade of the remote connectivity solution last June were largely successful.

“Tactical mitigations deployed in June 2018 provided some relief but did not fully remediate the performance impacts of the expanded user base accessing the Direct Access solution,” it said.

NDIA similarly said that “initial efforts by DHS to alleviate the issue by establishing a new server farm with the latest release of the Microsoft Direct Access software allowed Partners to get back to work, but did not fully correct the issue, which was traced to a defect in Microsoft software.”

But by late July DHS said it had deployed a longer term solution to “provide significant additional capacity for Direct Access by Partners”.

NDIA said DHS was now “in the process of replacing the Microsoft product with one from Cisco” and progressively transitioning the partner network.

“The Cisco solution commenced internal testing at the end of July 2018, with initial Partner testing starting on the 6 August 2018,” it said.

“To date no issues have been raised and both stability and performance has been in line with expectations. Load will progressively be increased through to the 14 September 2018.

DHS also claims that systems availability and performance of core business systems and service has “consistently met or exceeded defined targets, as set in the Service Level Agreement (SLA)”.

However it only provides availability and application performance data from the NDIA CRM, provider portal, participant portal and NDIA website for a single week in August.

The agencies are also preparing to improve other aspects of NDIS systems following the endorsement of a new IT strategy last month.

New technologies that the department has been developing with industry for the Welfare Payments Infrastructure Transformation (WPIT) program through its technology innovation centre are expected to be introduced.

Voice of Customer Analytics (VoCA) is also expected to be introduced after the capability was delivered for WPIT.

“Incorporation of VoCA will provide the NDIA with rich insights into the lived experience of the user, both Participants and Providers, in engaging with its digital services,” the DHS submission states.

“The insights will assist to understand how both business processes and service design may require modification and enhancement to maximise the delivery of positive outcomes for Participants and Providers alike.”

The NDIA also said that it was implementing a data and business intelligence strategy that would eventually see future initiatives such as a data lake. However this could be the same data lake, analytics and machine learning that DHS is developing and will housed in its new IBM private cloud.

Similar strategies are being prepared for payments and eMarket. NDIA had previously planned for a fully functioning version of the eMarket to be up and running by 2018.