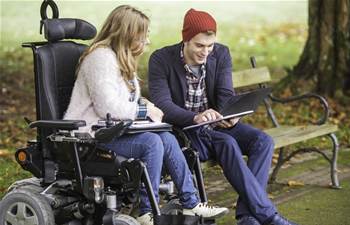 A parliamentary inquiry will be conducted into the IT systems underpinning the National Disability Insurance Scheme in the wake of recent issues with stability.

The NDIS ICT systems inquiry will look at the infrastructure used by the National Disability Insurance Agency to deliver services to both participants and care providers.

It was quietly referred to the Joint Standing Committee on the National Disability Insurance Scheme last week and follows a prolonged outage that affected the Department of Human Services network.

The inquiry will scrutinise the impact of ICT infrastructure on the implementation of the scheme, as well as the appropriateness of NDIS-facing IT systems and the MyPlace Portal used by participants and providers.

The probe will also consider the participants and providers experiences of the portals and the “impact of the role of other government agencies on the ICT infrastructure”.

A report is due to be tabled by November 29.

The new inquiry follows a month-long period of connectivity degradation for local area coordinator partner sites and NDIA staff not directly connected to the Department of Human Services ICT server earlier this year.

The remote connectivity issue – originally billed as CRM issue – was believed to be caused by Microsoft DirectAccess 2012 and an associated software-based load balancing process.

An upgrade to the remote connectivity solution was brought forward to provide more capability and visibility of the workload, which the NDIA said has resulted in “significant improvements to ICT performance” in recent answers to questions on notice from senate estimates.

However some reports indicate the issues still weren’t fixed in mid-July.

The NDIS full scheme IT solution remains one of the government’s 14 IT projects considered high-risk by the Digital Transformation Agency.