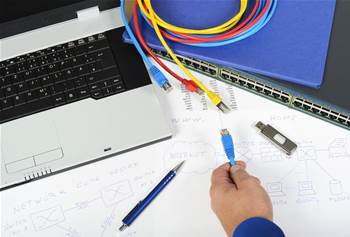 The work, scheduled over the weekend, was prompted by an "increased level of outages" of the system over the past couple of weeks, the insurance agency's deputy CEO Michael Francis told a senate estimates hearing.

The SAP CRM is one of the agency's core business systems. DHS is responsible for the National Disability Insurance Agency's (NDIA) technology environment.

The agency has offices in 14 regions across the country.

Francis was unable to say just how widespread the issues were, but said there had “not [been] a solid period of outage”.

Recently appointed CIO Ian Frew or other senior IT staff were not present at the hearing to answer questions.

But a statement provided by NDIA's office of the CIO said it was working with DHS on this issue.

“The issue is believed to be caused by [Microsoft] DirectAccess 2012 and an associated software-based load balancing process,” the statement said.

DirectAccess is a remote access technology that is built into Windows Server.

“DHS are in the process of replacing this platform with DirectAccess 2016 and a hardware-based industrialised load balancing process," the statement continued.

“This will provide greater capacity as well as more visibility of the workload.”

Francis said configuration of the upgraded network software would take place over the weekend, with testing to be undertaken on Monday June 3.

“If user testing is successful DHS will transition an increasing number of DirectAccess connections into the new platform,” he said.

“This should take pressure off the existing platform, which will further improve overall connectivity.”