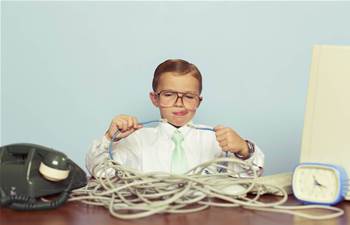 NBN Co is trialling a beta diagnostic tool with retail service providers that it says will help uncover faults faster and remove roadblocks to lodging a support ticket.

The existence of the new tool - called the ‘Customer Service Health Card’ - and trial was first revealed via technical documentation earlier this month, however there was little detail on the tool itself and its intended purpose.

An NBN Co spokesperson told iTnews that “the service tool will allow RSPs to understand if a service is performing to expectations, and help diagnose any underlying problems with NBN connections.”

“The tool is complementary to other performance metrics NBN Co shares with phone and internet providers, but this new tool aims to place all the information in one interface for a more streamlined experience,” the spokesperson said.

A regulatory filing has since provided additional insight into the tool, saying it will allow RSPs to “deep dive into metrics for each service including the status of a connection, how the service is performing and additional historical data that the [RSP] can use to resolve customer issues.”

The tool, which was developed in consultation with RSPs, is intended to help them determine “the next course of action to resolve end user issues”.

It appears the tool also simplifies processes at the RSPs’ end when they need to escalate a fault to NBN Co.

According to NBN Co, the tool “rationalises test and diagnostic actions to remove unnecessary activities that do not add value to the objective of determining the presence or location of an NBN service fault”, and then “reduces the number/volume of test and diagnostic transactions required to determine and raise an NBN trouble ticket”.

NBN Co indicated this should “simplify the service restoration lifecycle and maximise the value and effectiveness of interactions between [RSPs] and NBN Co” -  an admission that NBN Co’s processes were a bottleneck in service assurance and therefore the customer experience.

Still, NBN Co also noted that improving the handling of faults would take some cooperation with RSPs.

It raised a recent example: “Prior to July 2019, [RSPs] had the option when submitting a trouble ticket in respect of the FTTB/N networks, to identify the location of the fault as ‘inconclusive’.

“On average, [RSPs] selected this option approximately 30 percent of the time.

“In July 2019, NBN Co made process amendments that removed this option, meaning access seekers instead ran the relevant tests and diagnostics to accurately determine the location of the fault prior to submitting trouble tickets.

“NBN Co also introduced process changes around this time requiring access seekers to reserve an appointment at the time of raising a trouble ticket.

Improvements to the way NBN Co handles fault notifications have been on the cards for some time.

In March last year, the company revealed over half of trouble tickets lodged with it were for faults outside of its remit.

NBN Co said it is also making other improvements around customer support, including offering more appointments on Mondays for tickets lodged on weekends; and “assigning case managers to handle repeat fault tickets for customers and reduce the prevalence of faults repeating”.

In addition, the company said it has set up “new network simulation labs to provide training and assessments for more than 2000 in-field technicians to improve their capacity to identify and resolve complex issues”.

“These new processes are designed to minimise inconvenience to end user customers, including by reducing repeat appointments and incidences of ‘no fault found’,” the network builder said.