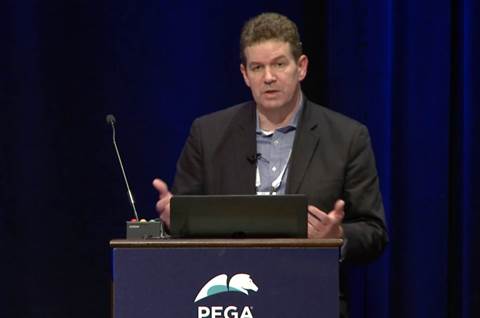 Operational excellence spans process automation, process re-engineering and workforce management, and is intended to get teams from across the bank working more efficiently and with less risk - for the benefit of the customer.

In March this year, the bank revealed a core part of the program in the form of NAB Universal Workflow or NUW, a framework of reusable components that units and teams from across the bank can use to digitise processes to improve customer service.

One of the reusable components is a bot that can read, route and respond to emails.

This is being used across the bank to triage inbound email according to who would be best-placed to respond to it.

Since being revealed in March, the bank has added eight more “email listeners”, bringing the total in use to 27. Collectively, these “listeners” - effectively software bots equipped with natural language processing capabilities - have triaged 69,000 emails.

“One great case study we've got ... is within our home lending verification team and our assessment operations, where we basically use bots to do a lot of the verification tasks we use for credit assessment,” Tanner said.

“As we go through and do verification, the bot does a lot of those checks before we get them to a human.

“That gives us a lot of efficiency, but most importantly, what it does is it a) gives a lot of control and b) gives us a lot of quality. It's 100 percent quality, right first time, and obviously has a very measurable benefit to the customer in that they get a very specific outcome in a specific time frame as well.”

Third-party cheque verification performed by the bank’s payments enquiries team is also benefiting from the introduction of bots.

The team processes somewhere north of 1500 cheques a day “where there is a discrepancy between the name on the cheque and the account name,” NAB said in a slide deck.

“This process requires a number of image verification steps and approvals before releasing the cheque to process the value in core systems”.

NAB said the entire third party cheque verification process had been redesigned using the NAB Universal Workflow, and that a bot - based on Pega remote desktop automation (RDA) - had been inserted into the new process.

“We basically use universal workflow and desktop automation together here,” Tanner said.

“This was developed in about a week, for under $10k, and gives an immediate efficiency benefit of around about 125 hours a week so not insignificant.

“Very importantly, our authorisation time is just reduced to as good as nothing. That process would have used to have taken minutes and you see it happening in front of you [now] in seconds.”

Software bots were not only triggered from within processes redesigned in the Universal Workflow.

“We do use robotics outside of [Universal Workflow],” Tanner said.

One of the bank’s challenges with using software robotics to date has been “finding what we call the ‘happy path’,” Tanner said.

He explained this as the “path where we can set the bot off, it can complete the work, it can hand back to wherever it needs to, and it's clean.”

NAB’s presentation in the United States paints a more complete picture about how the bank is approaching process improvement across its operations. 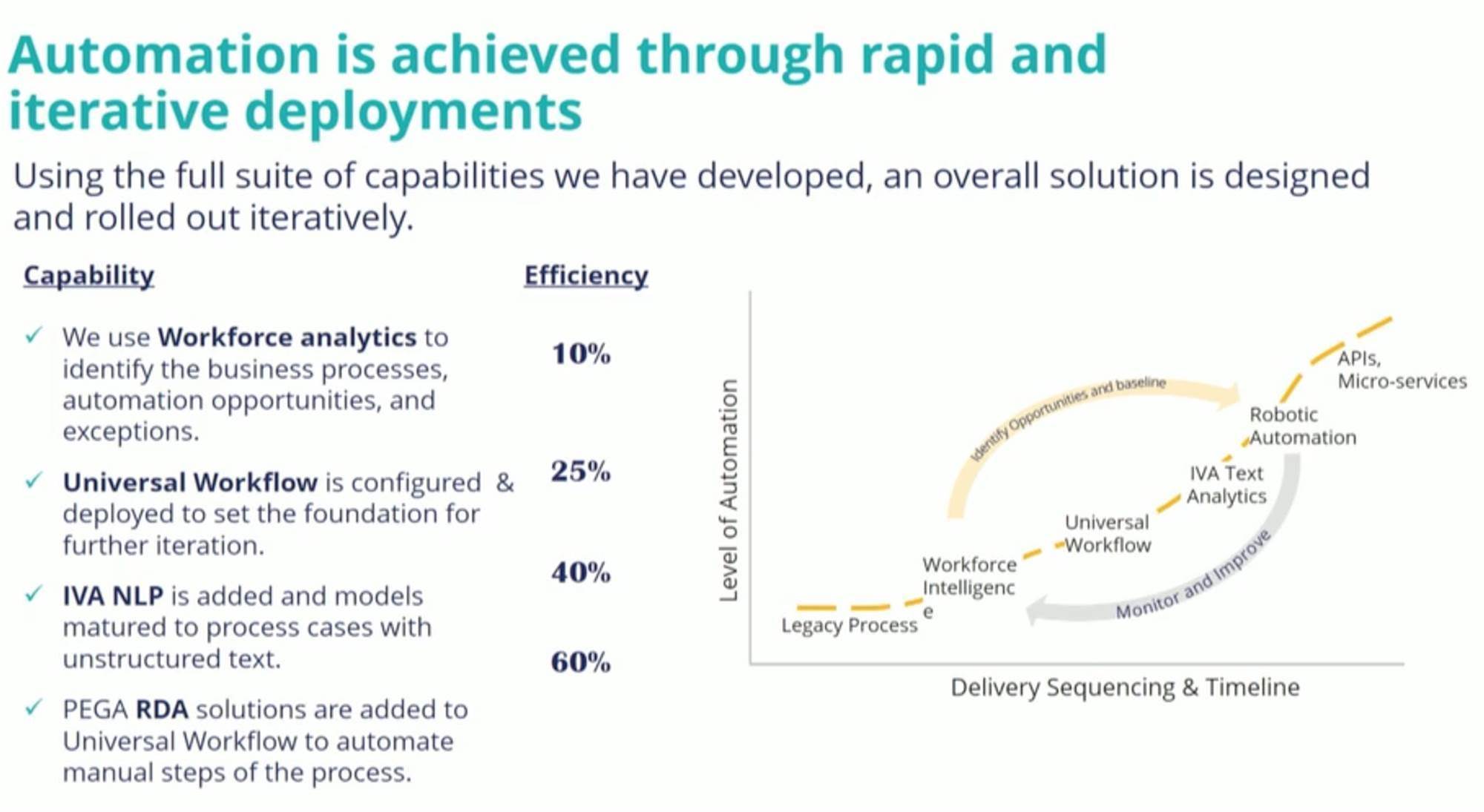 Back in March, Tanner said he had a specific team that went out into the bank to scout for inefficient processes that could then be ripe for re-design.

In the past couple of months, NAB has started to experiment with a Pega tool called Workforce Intelligence to better understand the processes that teams in the bank use.

“We've been running our initial deployment of this for the last couple of months as we bed it in, and then subject to Pega coming to the party on price we'll maybe go a bit harder with it next month,” Tanner said.

Early results had been “game-changing”, Tanner suggested, with the tool providing NAB with “a huge amount of information about where we can go to optimise our processes, where we can simplify things, and where we can make them faster.”

That was helping NAB find new candidates for the universal workflow.

“Traditionally we [would] go through that standard lean diagnostics phase when we looked at exploring and improving on any particular business process area,” he said.

“The challenge with that is a) it takes quite a long time - if you're going to go in and do a diagnostic, it's probably a four-to-six week exercise, and b) the other issue you have is that I'm not convinced that often you find the real insights out of that activity, because of course, when people are being observed, they tend to do things the way they're told to.

“What we're seeing with Workforce Intelligence is when they're actually working, they don't [do those things].”

Tanner said that the initial trial of Workforce Intelligence is running in the bank’s reconciliations team.

“To give you an example, we've got one particular fairly short-run process [in reconciliations] where we take some data out of a system, we do some things to it, and then we put it into IntelliMatch, which is our rec system.

“It's quite obvious that people have actually often found new and better and improved ways of doing things, just to be more efficient, but because the systems are not as connected as they could be, it's a it's a ‘Choose Your Own Adventure’ sort of exercise.”

Tanner said that Workforce Intelligence also made it much easier to spot process automation opportunities.

“We find with automation, often when you go to a business area, they'll come to you and they say, 'Oh, we need to automate this', and we'll go and have a look at it and conclude 'well, maybe, maybe not',” he said.

“What we find with Workforce Intelligence is that it actually tells you [if there’s an opportunity to automate].

While noting it was not a core aim for the program, Tanner acknowledged that a by-product of the process improvements was that less staff would be required.

“It's not the primary thing we're targeting,” he said.

“I'm a huge believer in operational excellence. If you inject quality, then costs will come out, and cost in reality translates into warm bodies.”

Tanner said that staff reductions contributed to a bank-wide effort to run “simpler and faster”.

“Part of that is we are basically targeting a reduction in overall staff numbers … and we effectively feed into that,” Tanner said.

“The numbers that we're delivering are counted as part of that overall exercise.”