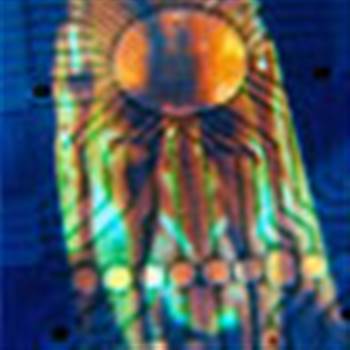 Researchers at the Massachusetts Institute Of Technology have a made a breakthrough in the production of 'optical chips' which they believe could "revolutionise" telecoms and computing.

The scientists have succeeded in integrating photonic circuitry on a silicon chip, effectively adding the power and speed of light waves to traditional electronics.

The discovery could lead to system performance that is "inconceivable" by traditional electronic circuit standards.

According to the MIT team, the breakthrough will enable such integrated devices to be mass-manufactured for the first time.

Depending on the growth of the telecoms industry, the new devices could be in demand within five years, according to Erich Ippen, the Elihu Thomson Professor of Electrical Engineering and Physics at MIT.

The new technology will also enable supercomputers on a chip with unique high-speed capabilities for signal processing, spectroscopy and remote testing, among other fields.

"This breakthrough allows inter-chip and intra-chip communications networks that solve the wiring problems of today's computer chips and computer architectures," said Franz Kaertner, a professor of electrical engineering and computer science at MIT.

Central to the breakthrough is microphotonics technology that "moulds" the flow of light.

By using two different materials that refract light differently, such as silicon and its oxides, photons can be trapped within a minuscule "hall of mirrors" giving them unique properties.

In the past the stumbling block has been that microphotonics devices are sensitive to the polarisation of light.

Light waves moving through optical fibres can be arbitrarily polarised vertically or horizontally, and microphotonic circuits do not work well with this kind of random input.

The advantage in integrating optics with silicon technology, according to Kaertner, is that silicon fabrication technology "is already highly developed and promises precise and reproducible processing of densely integrated circuits ".

"The prospect of integrating the photonic circuitry directly on silicon electronic chips is ultimately also an important driver," he added.

Got a news tip for our journalists? Share it with us anonymously here.
Copyright ©v3.co.uk
Tags:
boffinsbreakthroughclaimmitoddwareoptical