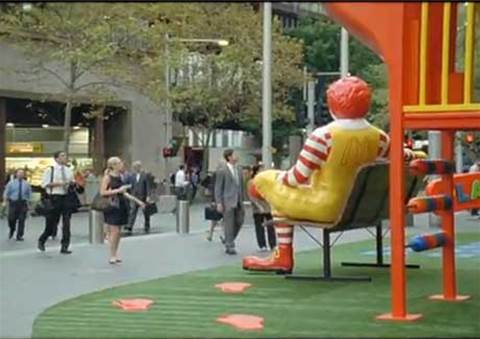 Fast food chain McDonald's has handed IT support services for its 1,000 restaurants across the region over to Unisys in a five-year, $30 million deal.

The deal, which covers Australia, New Zealand and the South Pacific, encompasses end-to-end support of IT equipment in restaurants such as point-of-sale devices, backoffice PCs, wireless networks and customer order displays.

Unisys won the deal from the hands of IBM.

However, a McDonald's spokeswoman told iTnews that Big Blue "remains a key systems integration partner, continuing to work with us across a number of our business parts".

A statement issued this morning provided several clues that the IT support portion of the IBM relationship may have soured.

In particular, Unisys Asia Pacific and Japan vice president Andrew Barkla noted that Unisys understood "how important it is for restaurant managers to access support regardless of location and easily track the status of service calls".

Asked whether that suggested a perception among restaurant owners and franchisees of past difficulties getting access to IT support services, a McDonald's spokeswoman said: "We're always looking for a step change in improvement in the services we provide to our customers and franchisees."

In addition, McDonald's CIO Henry Shiner said in a statement that the fast food giant needed " a partner who ...[could]... provide field service support across a widespread geographic region, with the systems and rigorous processes to enable consistent, visible performance against agreed and flexible service levels."

The service desk is in Wellington, New Zealand, with a business continuity arrangement in place in Brisbane.

McDonald's spokeswoman declined to be drawn on whether the remote services would require the implementation of further enabling software.

"There is always change in terms of transition to a new organisation," she said.