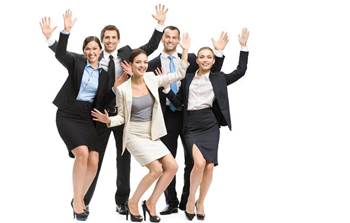 Persistent vows by federal and state ministers to cut down on ICT contractors and consultants working across government projects seem to have had negligible material impact on technology body shops.

Specialist IT contractor and recruiting shop HiTech on Monday delivered a rude 13 percent surge in annual profits to $2.9 million on the back of plenty of taxpayer funded transformation work.

In a strong signal that IT salaries will stay elevated on the back of high demand and constrained labour supply, HiTech’s revenue jumped 15 percent to $30.2 million for the full year ended June 2019 on the back of healthy talent bookings from federal and state government agencies.

And it doesn't hurt that one of its ASX rivals, Rubicor, is officially in the toilet.

The record number is good news for investors in the ASX-listed specialist small cap – but a potential project cost headache for CIOs and CFOs within the tech sector that is broadly defying the national trend of flat wages growth.

The result also seems to have come good on the warning by the Reserve Bank of Australia a little over a year ago on the emergence of a bifurcation between digital leaders and laggards that has kept a lid on broader wage gains across the national economy.

HiTech, to put it crudely, is raking it in along with its placements, a point not lost on on the Australian Taxation Office which last year told the sector it would be hit by a crackdown in terms of employer payroll reporting and releasing a list of contractor roles being targeted.

According to a February investor presentations, the company now ranks itself second in the Australian tech recruiting market behind frontrunner Hays Specialist Recruitment in terms of contracts awarded over the 2019 financial year, with the document putting it ahead of Oakton.

Tech recruiters are widely viewed as the canary in the coalmine for the overall health of the local IT sector because contingent labour is usually the first item cut by firms looking to throw expenses ballast overboard, with the corporate-side viewed as the most exposed because of investor sentiment.

In a logical hedge against that cyclical trend, HiTech has weighted its core client base towards government work, which is more shielded from many of the short terms risks of corporate work.

HiTech’s chief executive Elias Hazouri said the result came of the back of “continuous efforts to capitalise on strong demand for ICT talent and services as the digital transformation wave picks up momentum.”

Hazouri said the company was also “actively seeking” EPS accretive acquisitions, a signal that the company is preparing to put its balance sheet to work to carve out new market share should bargains appear.

The company has previously called out cloud and SaaS migrations as a good source of demand from clients alongside the seemingly evergreen staple of cyber security.

This said, Boom times are no-guarantee of success in the tech recruitment sector, as last week’s cratering of rival ASX-listed tech recruiter Rubicor demonstrated to the horror of what few investors it had left at just one cent per share after trading was stopped when financial filings failed to emerge.

With Rubicor now in the hands of administrators, creditors – and there will be a few – will be yearning for any residual wrecking value in the company that managed to blow itself up in what observers say has been the biggest bull market to date for tech recruiters.

Like HiTech, Rubicor publicly boasted about the strength of its government business book with clients across the federal sector including, somewhat ironically, the Australian Prudential Regulatory Authority, Treasury and the Director of Public Prosecutions.

But unlike Rubicor investors, HiTech clients will take home a fully franked dividend of 4 cents per share.