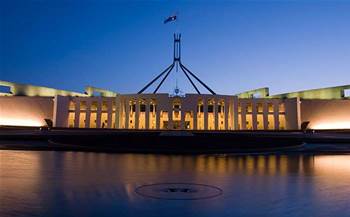 All the tech in the 2018 federal budget.

The government has unveiled plans to invest more than $2.4 billion into "Australia's public technology infrastructure".

However, these projects appeared to be worth only around $400 million of the total investment:

​The $2.4 billion also covers a fresh allocation for the Bureau of Meteorology (BoM) to continue security and resiliency upgrades following a 2015 security incident.

BoM will embark on "tranche two" of a project to bring "improved security and resilience" to the agency's IT systems, thought little else was said and the amount of investment - like last year - was officially listed as being "not for publication".

"Technological breakthroughs [like] wi-fi ... have roots in our globally recognised research infrastructure," Minister for Jobs and Innovation Michaelia Cash said in a statement.

"This funding will ensure ground-breaking research continues and that researchers and industry have greater access to cutting-edge facilities."

The budget also included funding for a range of IT projects already underway, including:

The Digital Transformation Agency landed $92.4 million this year to “accelerate” the delivery of its GovPass digital identity platform.

The new funding adds to the government’s already significant investment of more than $30 million in the GovPass project, which remains in private beta after two years of development.

About $26 million of the new GovPass funds will go to the ATO's pilot of the platform with its new tax file application service. The Department of Human Services will also take $5.6 million, most likely for the integration of the platform into myGov.

In addition, the Department of Veterans Affairs scored $111.9 million for "critical" upgrades to about 80 business systems. It had been sweating on the allocation for a number of months.

However, as much as $69.3 million of the new money is to be usurped by the Department of Human Services.