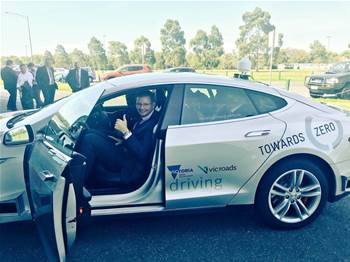 VicRoads has been outed as one of the first to participate in trials of more accurate satellite positioning technology in A/NZ.

The agency is one of “more than 30” organisations that will participate in a two-year trial of satellite-based augmentation system (SBAS) positioning technology in Australasia.

The two-year SBAS trial was announced earlier this year and is funded with a $12 million federal government contribution as well as $2 million from the NZ government.

One of the major advantages of SBAS is it promises to improve satellite positioning accuracy in Australia “from 5 to 10 metres to less than 10 centimetres".

The government received around 90 applications to participate in the trials.

The short-listed participants “are spread across 10 different industry sectors, including road, rail, maritime, construction, agriculture and resources,” assistant minister for industry, innovation and science Craig Laundy said in a statement.

The VicRoads trial involves the use of a “highly automated driving” vehicle fitted with SBAS technology.

Little detail was provided about the project, but it comes as many states pursue their own vehicle automation ambitions.

The start of field trials was made possible by works that were completed in September.

“It is the first time anywhere in the world SBAS-2 signals have been transmitted.

“Australia is also the first country in the world to trial precise point positioning corrections integrated into an SBAS service."

The VicRoads trial used both elements, he said.

SBAS uses both satellites in space and infrastructure on the ground to provide improved accuracy, integrity, and availability of signals from systems such as the American global positioning system (GPS).