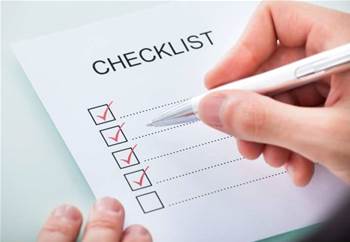 A plumper and more powerful Digital Transformation Agency will spend the rest of 2016 piecing together a high-level roadmap for the government’s digital future and devising a plan to build common, reusable platforms that can be copied and pasted across Canberra’s agencies.

The first priority of the freshly minted DTA, according to its temporary chief Nerida O’Loughlin, will be to develop a “a high-level vision, principles and strategies to drive the transformation of government”.

With digital government teams - currently housed within the Department of Finance - due to come on board within the next couple of months, O'Loughlin said the upcoming transformation roadmap would give government, the public service and the public "a cohesive view of digital transformation activities across the Commonwealth for the very first time”.

Once the top-line priorities have been bedded down, the DTA will dive into the nitty gritty work of talking to agencies to identify specific projects that back the government’s digital aspirations.

“We’re at the start of a journey of building the new DTA,” O'Loughlin told the GovInnovate conference in Canberra this week.

Already the former Department of Communications deputy secretary has been doing the rounds of the nation’s capital to take stock of her new stakeholders, after accepting the role of interim chief executive officer for three months while a permanent boss can be found.

The expanded DTA will now have both a stick and a carrot to wield in the course of its tech evangelism, having taken legislative command of a new project management office that will keep tabs on agency IT projects, especially those that look like going off the rails.

It also expects months of work investigating the opportunities for reusable digital platforms to finally bear fruit in the form of a whole-of-government plan to share tools.

The DTA is already touting the benefits of borrowing existing open source code, having delivered its new digital marketplace ahead of deadline by borrowing the underlying bidding platform from the UK’s government digital service.

“Many of our agencies have some similar functions to perform … like processing incoming payments or client notifications … so it makes sense that we could use a common platform to support those functions,” O’Loughlin said.

“The government will have to develop a series of common reusable platforms that make it easy, cheap and fast to transform and deliver digital services to users.”

The reusable platforms strategy is expected to follow the digital transformation roadmap.

“How do you get that kind of collaboration with agencies? Is it a desire to deliver better services? Is it direction from the top?”

However, Shetler said the DTA was delivering on its remit to create material change in the way the public service operates, especially with its newfound suite of powers and responsibilities.

“Procurement reform is one of those things that doesn’t sound very glamorous, but will probably have as big an effect as anything else we do,” he said.